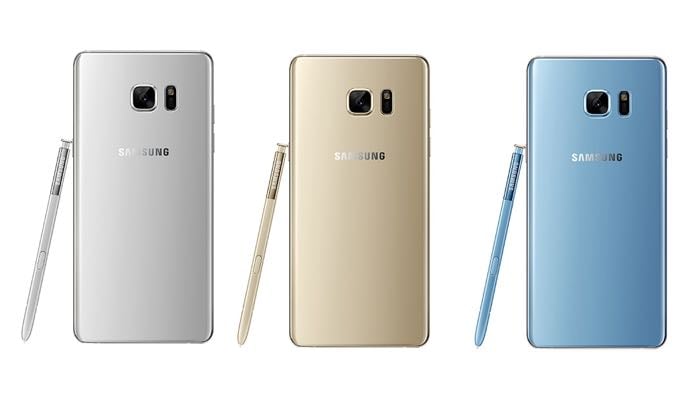 Over the past few weeks, we’ve seen countless number of leaks of the Samsung Galaxy Note 7. We’ve seen the press renders, specifications, leaked images and what not.

Recently, some screenshots of the Galaxy Note 7’s iris scanner setup have made their way on to the internet, confirming the feature once again. 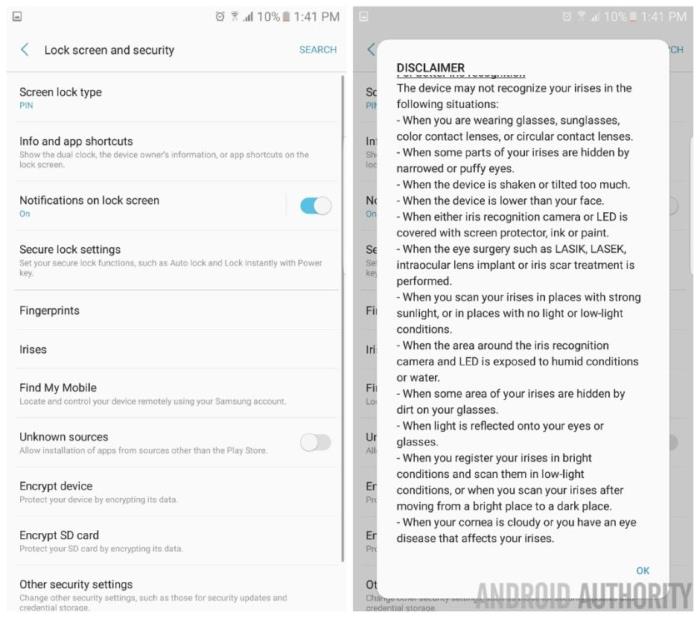 We’ve already seen the Iris scanner on the Galaxy Note 7 in action before, but the leaked screenshots shown above give us a glimpse of how to activate the newly introduced security feature. The screenshots also lists some of the reasons when the Iris scanner may not work properly on your device. The leaked screenshots also showcase the S Pen menu and how it will work on the Galaxy Note 7 as shown in the image below. Additionally, users also get the option to sort the icons on the home screen alphabetically, which can be quite handy for some users. 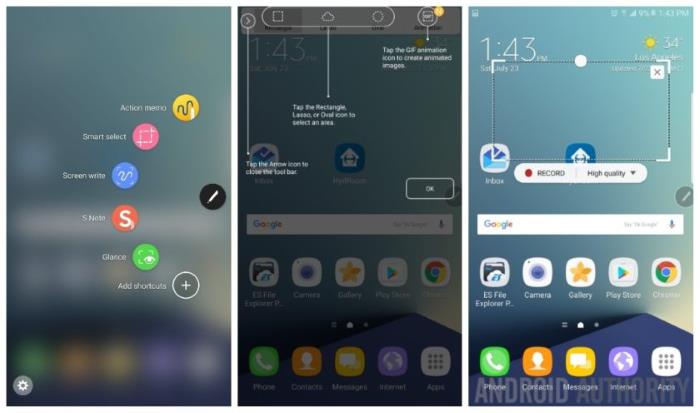 As a quick recap, the all new Samsung Galaxy Note 7 is expected to come with a 5.8-inch QHD display, a Snapdragon 821/Exynos processor (depending on the market), 6GB of RAM, 32GB of internal storage, a 3,500 mAh battery, 12MP camera for photos and videos, 5MP front-facing camera and is rumored to come with Android Marshmallow.

Samsung has scheduled an event on August 2nd for the launch of the handset. We’ll update you as soon as its officially released with complete pricing and availability details.