Samsung has released a new software update of its Samsung Galaxy Note 3, this is for the international version of the handset with the model number SM-9005.

The software update for the Samsung Galaxy Note 3 brings a number of performance improvements and also big fixes and it comes with the firmware version UDMJ6. 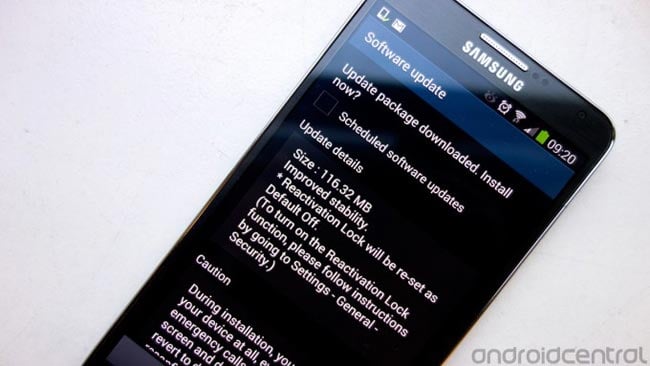 The update also features a new look for the Samsung keyboard, plus bug fixes which include fixes for issues with direct pen input and also one handed window mode.

The Samsung Galaxy Note 3 features a 5.7 inch full high definition display with a resolution of 1920 x 1080 pixels, the handset is powered by a quad core Snapdragon 800 processor clocked at 2.3GHz.

Other specifications on the Samsung Galaxy Note 3 include 3GB of RAM and a range of storage options from 16GB to 64GB, the device also features a 13 megapixel rear camera and a 2 megapixel front facing camera.