Samsung’s new flagship Android handset recently launched, the Samsung Galaxy Note 3, and now the guys over at Android Authority decided to perform some drop tests on the new Note 3.

The video below shows the new Samsung Galaxy Note 3 in a number of drop tests, have a look at the video to see if the device survived or not. 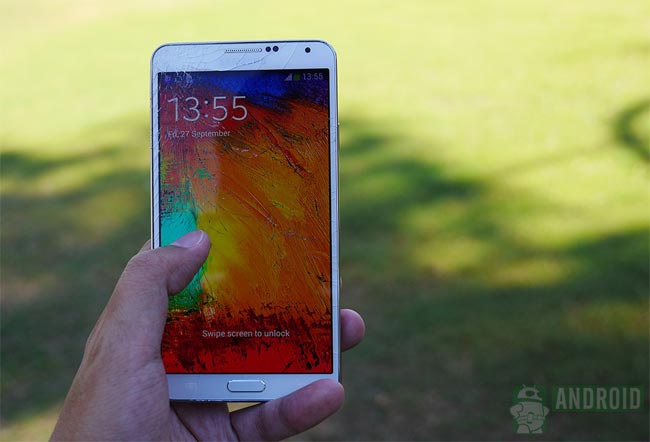 The Samsung Galaxy Note 3 comes with a quad core 2.3GHz Qualcomm Snapdragon 800 processor and 3GB of RAM, there is also another version which features Samsung Exynos 5420 processor.

Other specifications on the Samsung Galaxy Note 3 include Android 4.3 Jelly Bean, and a 5.7 inch full HD display with a resolution of 1920 x 1080 pixels, plus a 13 megapixel rear camera with OIS, and a choice of 32GB or 64GB of built in storage.