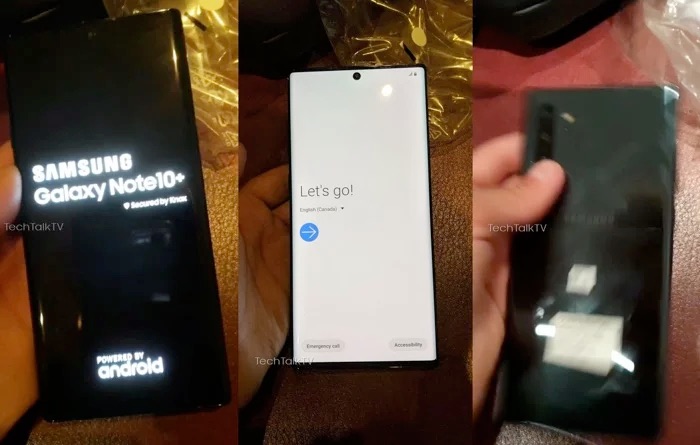 Samsung has announced that they will be holding a press event on the 7th of August 2019, the company will be launching their new Samsung Galaxy Note 10 at the event.

The Samsung Unpacked event will take place in New York on the 7th of August and Samsung released a teaser video for the event which you can see below.

Last week we saw our first leaked images of the new Galaxy Note 10, there are expected to be a number of different models in the range including a Note 10 and Note 10 Pro, there will also be a 5G version of the device.

We already know that one handset will come with a 6.75 inch display, this will be the larger Note 10+ or Note 10 Pro, the standard Note 10 will feature a 6.28 inch display. Both devices are expected to come with a QHD+ resolution.

The new Note 10 handsets will come with different processors in different regions, benchmarks have shown one device with a Snapdragon 855 and another with a Samsung Exynos 98265 mobile processor. The handsets are expected to come with up to 12GB of RAM.

Samsung’s new flagship is expected to use the company’s new 48 megapixel camera and we are also expecting a high end camera on the front, there will apparently be three rear cameras on the handsets.

We will have more details on the new Samsung Galaxy Note 10 closer to launch, we only have just over a month until the Samsung Unpacked event.