Samsung announced the Galaxy Note 10.1 back in February at MWC and we were expecting their new tablet to launch soon, but according to the guys over at The Verge the launch of the tablet may be delayed.

The reason for the delay is that Samsung are looking at changing the specifications of the device, and it may end up getting a more powerful processor, possibly a quad core version. 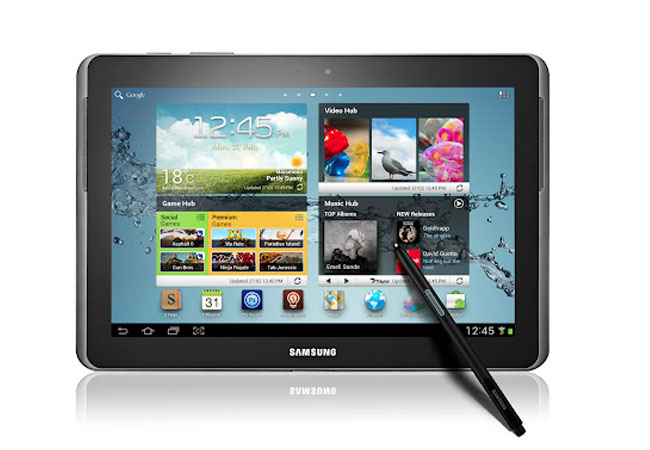 When the Galaxy Note 10.1 was announced, Samsung said it would come with a 10.1 inch touchscreen display with a resolution of 1280 x 800 pixels, plus a dual core 1.4GHz processor and it comes with 1GB of RAM and between 16GB and 64GB of built in storage, plus a microSD card slot.

If Samsung do decided to change the processor to a quad core version they could possibly use their quad core Exynos 4412 processor with a 1.5GHz clock speed, as soon as we get some more information we will let you guys know.