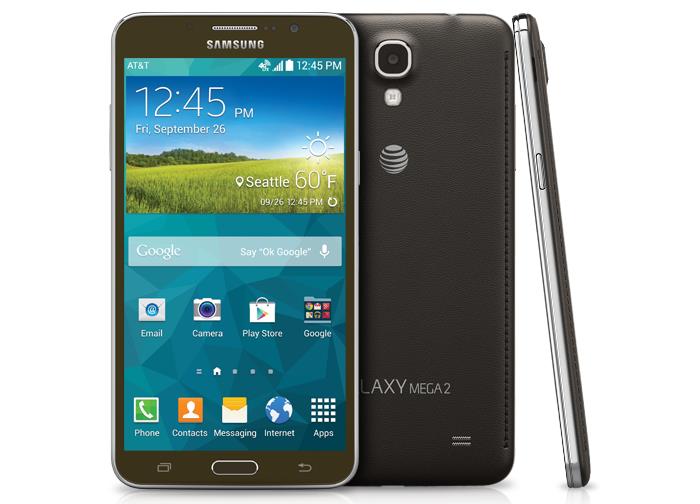 Not too long ago, Samsung Galaxy Mega 2 made its way to a few Asian markets, and it seems it will land in the US in the coming days.

AT&T announced it will start selling the gigantic Samsung Galaxy Mega 2 from October 24th with a $149.99 price tag tied to a two-year contract.

It’s also available under AT&T’s Next plan, and costs $19.80 a month for 24 months under Next 18 plan. Customers can also purchase it for $23.75 a month on Next 12 installment plan. For those of you who have no problems paying in full, they can grab the handset for $474.99. Customers activating a new line, or existing line of service on AT&T NextSM with a smartphone, can get a $100 bill credit as well.

The handset comes with a very decent set of specifications, rocking a 6-inch display with a 1280 by 720 resolution, and runs Android 4.4 KitKat as its operating system out of the box. There’s a quad-core 1.5GHz processor, 1.5GB of RAM, and 16GB of internal storage coupled with a microSD card slot for expansion.

Other features include 8MP rear camera for photos and videos, 2MP front-facing camera, and a 2,800 mAh battery with Ultra Power Saving mode for extended battery.

Anyone interested in picking up the oversized Samsung Galaxy Mega 2?