At the IFA 2013 conference today Samsung during their Unpacked 2013 Episode 2 event from the Tempodrom in Berlin has unveiled their new highly anticipated Samsung Galaxy Gear smartwatch.

The Samsung Galaxy Gear smartwatch has been designed to as the perfect accompaniment device for the newly announced  Samsung Galaxy Note 3 and combines smart device connectivity, tailored features, and a stylish design. 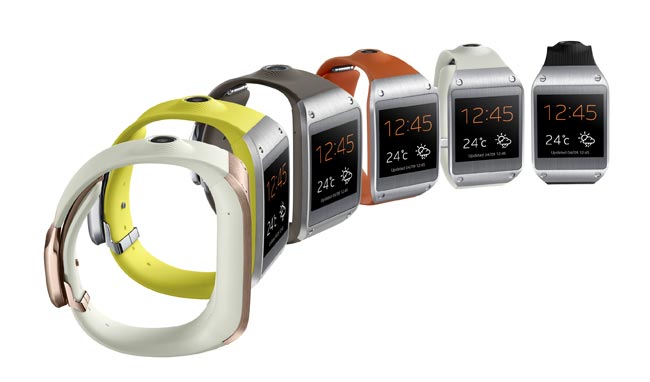 Samsung Galaxy Gear is a watch at heart and comes with 10 preloaded clock faces to choose from with more available from the Samsung Apps website over the coming months. But offers users a wealth on features enabling users  to interact with Samsung Galaxy devices.

Using the Samsung Galaxy Gear watch you can control music played on Samsung Galaxy devices, allowing you to browse, play and pause songs from your wrist. As well as being able to read incoming messages such as texts, emails and alerts, via a preview on your wrist. 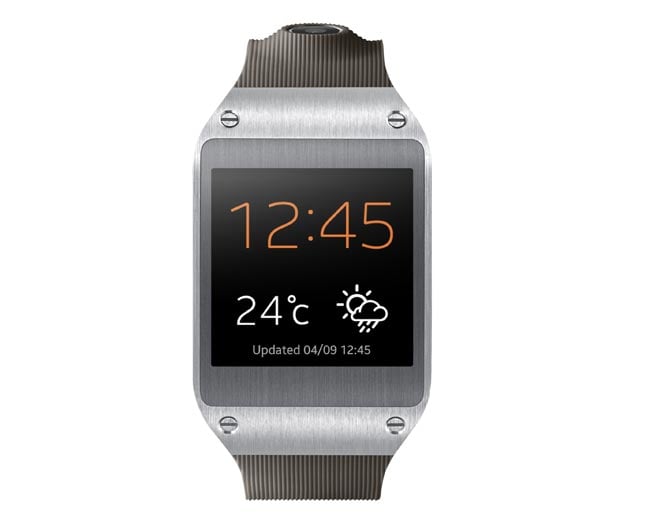 Another useful feature of the new Samsung Galaxy Gear smartwatch is its Find My Device function that allows users to find their smart devices when they have been inadvertently misplaced. The Samsung Galaxy Gear can also be used as a pedometer to track physical activity and provides data on calories burned, steps taken and distance covered to name a few.

The Samsung Galaxy Gear is fitted with a 1.63 inch Super AMOLED display offering a 320 x 320 resolution and is equipped with a 1.9 megapixel auto focus camera, all powered by a 800 MHz single core processor supported by 512 MB RAM with 4GB of internal memory. 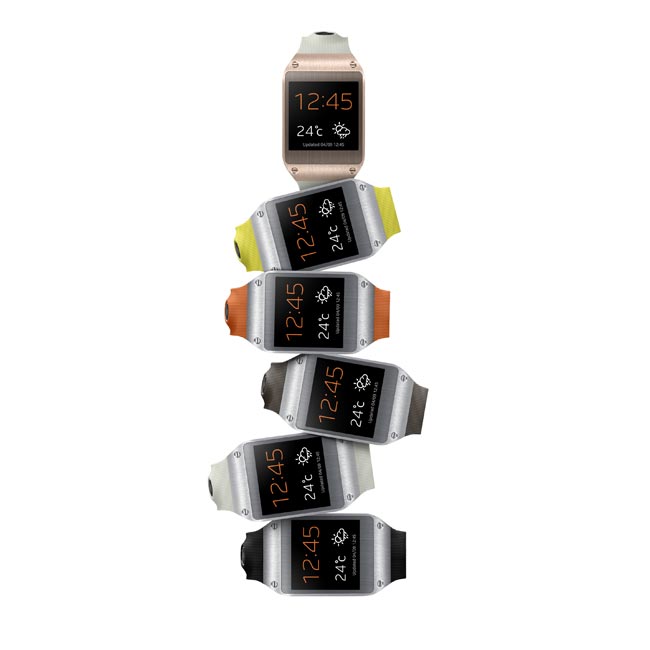 The Galaxy Gear watch measures 36.8 x 56.6 x 11.1 mm and weighs 73.8g and features an accelerometer, gyroscope, Smart Relay feature, S Voice, and voice memo. As well as memographer, that allows you to snap photos with ease and use a Evernote smartwatch app to remember topics by quickly capturing photos using the Samsung Galaxy Gear camera and the memographer feature.

The Samsung Galaxy Gear watch is also compatible with the Samsung Galaxy S4 smartphone and older Galaxy smartphones will be receiving an update in October. Samsung has also creatde a Smart Relay feature that allows you to see emails and message in full on your larger screened device after first reading a preview of them on your wrist. JK Shin, CEO and President of IT & Mobile Division, Samsung Electronics explained during the press conference.

“Samsung’s ongoing smart device innovation leadership reflects our commitment to listen to our consumers, who want their daily lives to be easier and more enjoyable. Samsung GALAXY Gear benefits consumers by integrating smart device technology even deeper into their everyday lives, and bridges the gap between the mobile device and fashion worlds to create truly wearable technology,” 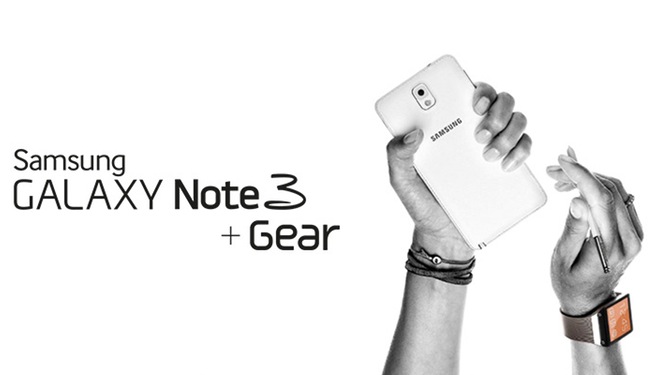 Samsung Galaxy Gear will be on display at the Samsung booth #20 at IFA 2013, from September 6th through September 11th, 2013 if you are in Berlin and will be available to purchase worldwide with the new Samsung Galaxy Note 3 in 147 countries from September 25th 2013 in six colours that include Jet Black, Mocha Gray, Wild Orange, Oatmeal Beige, Rose Gold, and Lime Green.