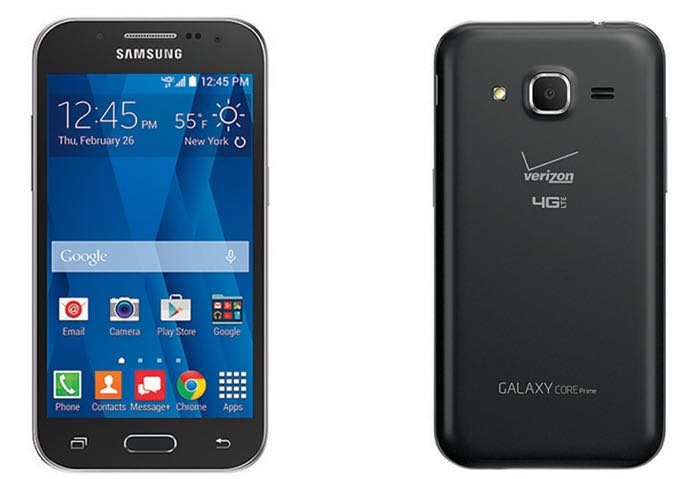 Samsung announced their new Galaxy Core Prime smartphone back in October of last year and now Verizon Wireless has announced that the device will launch on their network this week.

The Samsung Galaxy Core Prime will go on sale on Verizon on the 26th of February and the device will be available for $29.99 with a new two year contract.

As a reminder the Samsung Galaxy Core Prime comes with a 4.5 inch display that has a WVGA resolution of 800 x 480 pixels and the device is powered by a 1.2GHz quad core processor.

Other specifications on the Galaxy Core Prime include 8GB of included storage plus a microSD card slot that offers up to an extra 128GB of storage, the device also comes with 1GB of RAM.

The handset is equipped with a 2 megapixel front facing camera and a 5 megapixel rear camera and it also comes with a 2000 mAh battery and Android 4.4 KitKat, you can find out more information at Verizon at the link below.