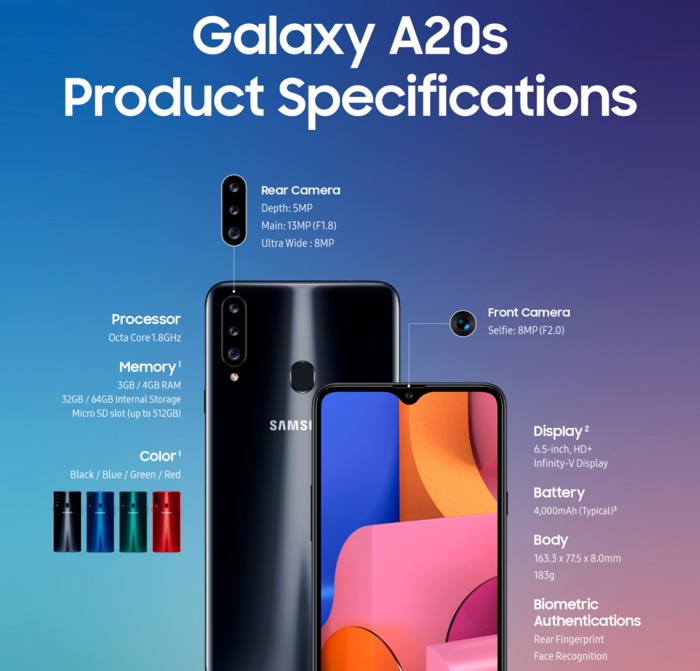 Samsung has announced the launch of his latest smartphone, the Samsung Galaxy A20s and we have all the details on this new Android device.

The handset will come with a 6.5 inch display with a HD+ resolution and it is powered by a 1.8GHz octa core processor.

The device comes with a choice of 3GB or 4GB of RAM and a choice of 32GB of 128GB of storage, it also has a microSD card slot which will take up to a 512GB card.

The new Samsung Galaxy A20s is equipped with an 8 megapixel front facing camera with an F2.0 lens and three rear cameras. The main camera is a 13 megapixel F1.8 camera, there is also an 8 megapixel ultra wide camera and one 5 megapixel depth camera.

The handset will be available in a choice of colors that include black, blue, green and red and it will also come with a 4000 mAh battery and Android Pie. As yet there are no details on pricing or a release date.