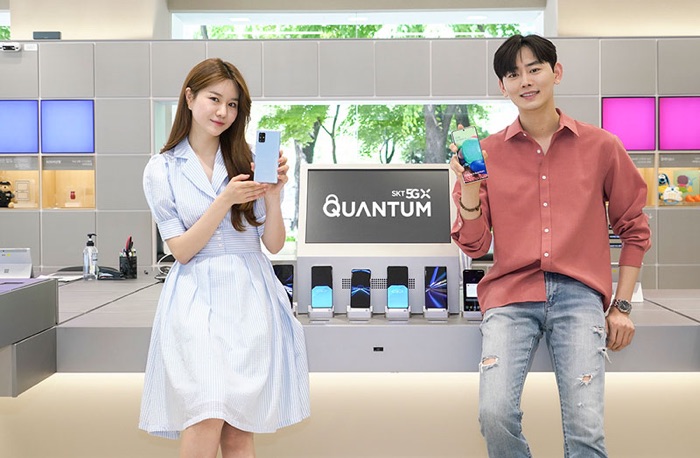 Samsung is launching a new smartphone in South Korea, the Samsung Galaxy A Quantum and the handset is being launched with SK Telecom.

The Samsung Galaxy A Quantum comes with a quantum random number generator (RNG) for improved security.

For hardware the handset comes with a 6.7 inch display with a FHD+ resolution and it is powered by a Samsung Exynos 980 mobile processor.

The device also comes with  8GB of RAm and 128GB of included storage, plus a 4500 mAh battery and a range of high end cameras.

The Samsung Galaxy A Quantum  is available to pre-order from SK Telecom for 649,000 won which is about $529.