Samsung and Apple aren’t exactly the best of friends at the moment, with more than 20 different court cases taking place around the world, and now it would appear that Samsung has decided to Ambush the launch of the new iPhone 4S in Australia.

According to the guys over at The Next Web, Samsung have rented a pop up store just a few doors down from the Apple Store in Sydney, Australia, and Samsung are offering the Galaxy S II to the first 10 people in line between now and Friday for $2.00. 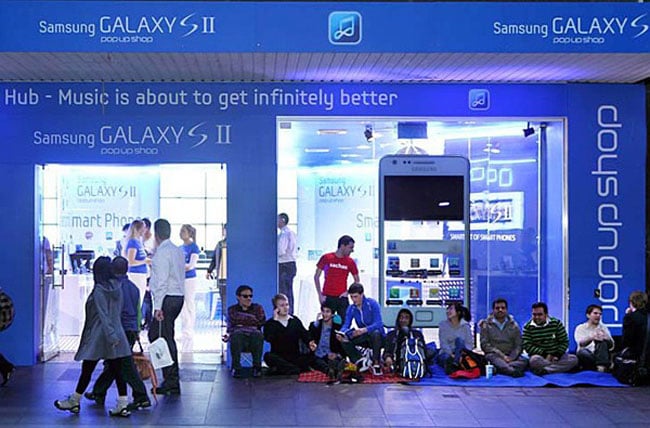 And it looks like representatives from Samsung have been approaching people in the queue for the Appl store, attempting to lure them to  the Samsung store to buy a Galaxy S II smartphone.

Considering Samsung has sold so many Galaxy S II smartphones, and it is one of the most popular Android devices on the market, it does make you wonder why they have employed these sort of tactics.