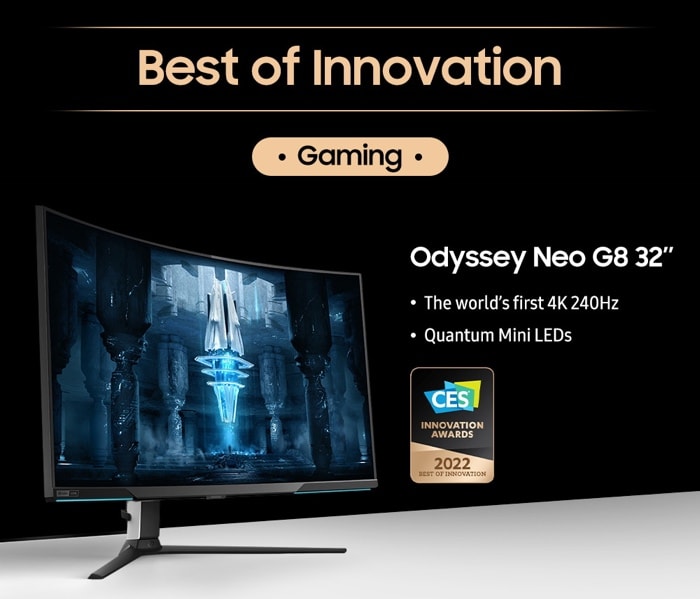 Samsung has announced that its new monitors have won some awards at CES 2022, this includes the Samsung 32-inch Odyssey Neo G8 monitor which won the Best of Innovation Award in the Gaming category.

Samsung Electronics announced that its 32-inch Odyssey Neo G8 monitor earned a Best of Innovation Award in the Gaming category at CES 2022.

Sponsored by the CTA, which owns and organizes CES, the CES Innovation Awards program spotlights standout examples of design and engineering across multiple consumer product categories. This marks the sixth straight year that Samsung monitors have earned CES Innovation Awards, solidifying the company’s position as the global leader in the gaming monitor market.

You can find out more details about Samsung’s latest awards over at Samsung at the link below.