We first featured at the Samarai Maple Seed-Inspired UAV which was being developed by Lockheed Martin’s Intelligent Robotics Lab back in August 2011, when it was unveiled at a UAV conference in Washington, D.C.

The now Lockheed Martin has released a video revealing more details about the design of their new Samarai Maple Seed-Inspired UAV, and some of the technology behind the flying ariel drone, which can be controlled via a tablet. 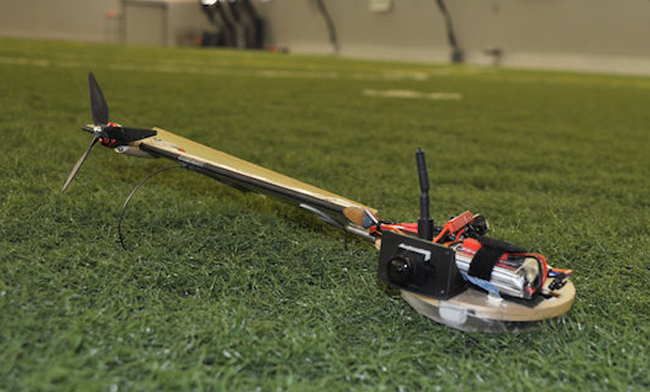 The new type of flying drone has been designed using the maple seed and inspiration and consists of a small pod attached to a single blade, and called the Samsari. Derived from the Latin word “samara,” which means a winged seed. Bill Borgia, head of Lockheed Martin’s Intelligent Robotics Lab, explained in a interview with TPM:

“Think about dropping a thousand of these out of an aircraft,”-“Think about the wide area over which one collect imagery. Instead of sending one or two expensive, highly valuable aircraft like we do today, you could send thousands of these inexpensive aircraft, and they are almost expendable.”

The drones are available in both 30 and 17 cm version and can be carried in a pocket and easily launched if required.  For more information jump over to the TPM website who interviewed Bill Borgia, head of Lockheed Martin’s Intelligent Robotics Lab.