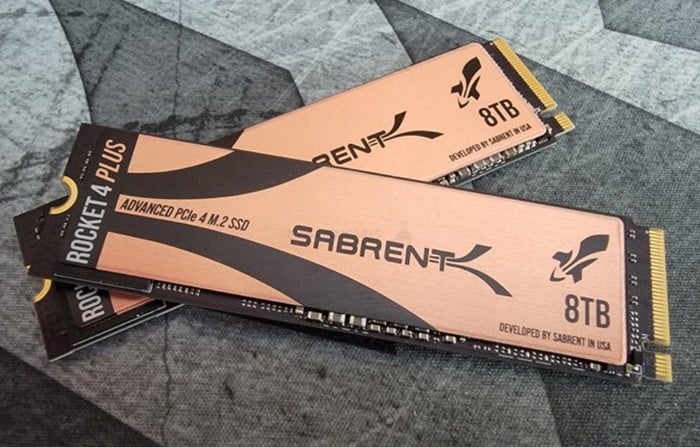 This week Sabrent has unveiled a new addition to their range of PCIe4 m.2 NVMe SSD drives in the form of the 8TB Sabrent Rocket 4 Plus offering 7200MB/sec or 7.2GB/sec reads and 6900MB/sec or 6.9GB/sec writes. If you are interested in learning more about the performance you can expect from the latest SSD from Sabrent check out the video kindly created by the team over at NAS Compares for more details, specifications and comparisons. 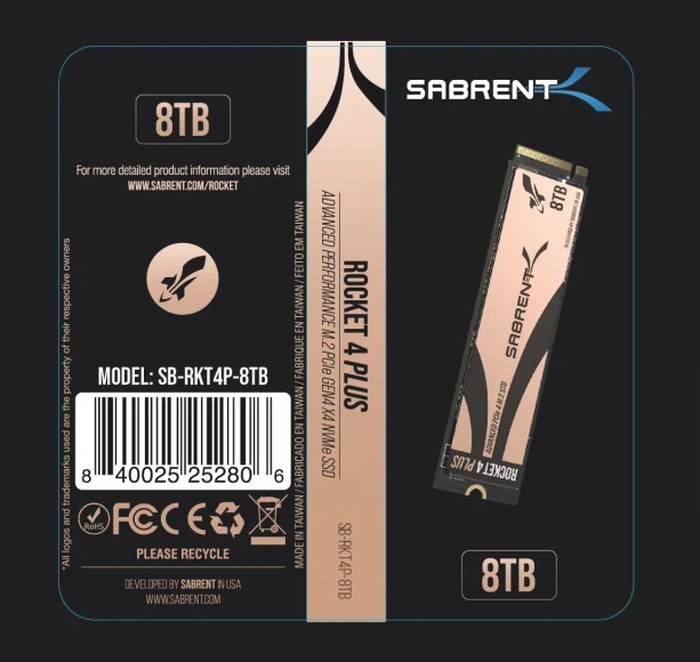 If you months ago Sabrent also launched their Rocket XTRM-Q 16TB external SSD allowing users to run the storage as individual drives or configured to run in RAID 0 mode for access to the complete 16 TB of storage depending on your requirements. When set in RAID 0 the speed of the drive doubles providing up to 2800MB/s and comes equipped with an Intel Thunderbolt 3 port and cable.

“At this time it appears the Sabrent Rocket 4 Plus 8TB model is not especially close to full release and wit that the specifications at this stage are largely unavailable. We DO know that the drive is part of their highest tier NVMe SSD series and therefore a lot of the existing architecture we can already ascertain. “

“One very important detail that needs focus here is the use of 3D TLC NAND on the new 8TB Sabrent SSD. Now, as mentioned, Sabrent has had an 8TB PCIe4 NVMe M.2 SSD available already, known as the Sabrent Rocket Q4 which is their much more affordable PCIe 4.0 SSD tier. ” writes Rob Andrews at NAS Compares.