If you are looking forward to the launch of the new Routine first person horror exploration game set on an abandoned Moon base. You are sure to enjoy this first gameplay trailer that has been released to provide you with a glimpse of the environment and tools you will be using in the game as you try to survive to horrors that lurk in the dark. 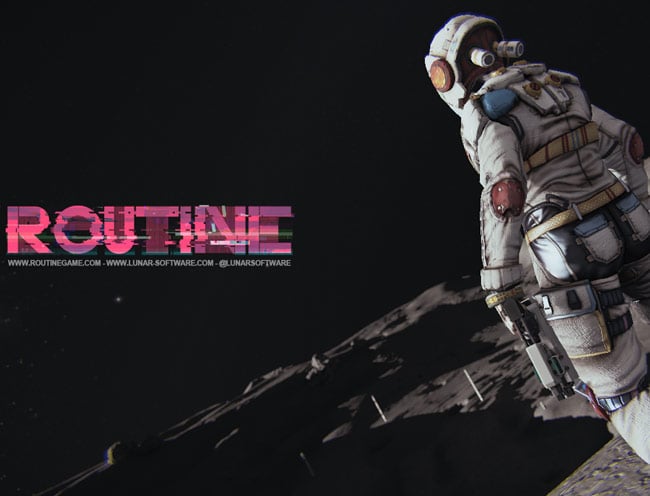 Routine has been designed as a non linear experience lets you explore any part of the fully open Moon base and find out secrets. The game has no HUD, no health bars or points system, no health packs or multiple lives, just a Perma death system that will keep you on the edge!

Routine forces you to run hide and survive the best way you can. Check out the video below to whet your appetite further. Aaron Foster one of the indie games developers explains:

“Most horror games are extremely linear in their design because they need to set up these scenes for the player to get scared. There are a few exceptions, but the ones that are are very simple and streamlined, ”-“The scary thing about a horror movie or game is that not knowing, not knowing what’s going to happen, or who it is, or what it is and I really want to try and make sure that we don’t spoil too much.”

“I was watching Alien, Aliens, The Thing, everything I could get my hands on,” he said, “but I rewatched Alien and Aliens. Those movies left such an impression that when I got a little bit older and a little bit more able to find things myself I went off and found all the other late 70s, early 80s sci-fi movies like Silent Running. Even Space 1999, it has a crap plot, but really interesting aesthetics. The design of the base was still really cool.”

Routine will be launching on Oculus Rift, and Steam for PC and Mac later this year.