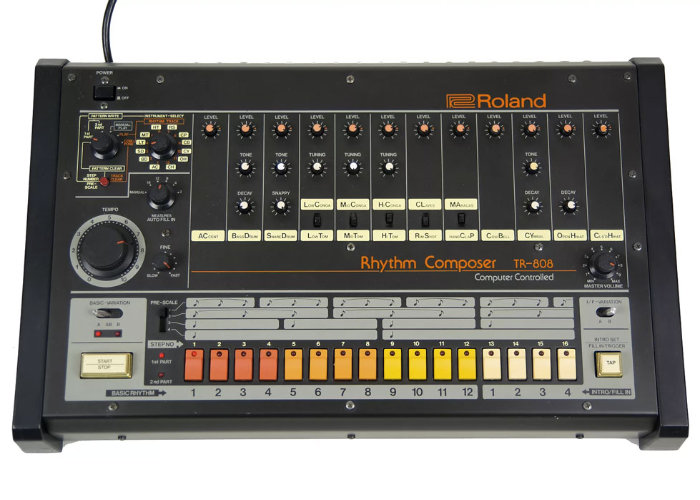 The iconic Roland TR-808 drum machine responsible for creating a wealth of music hits during the 1980s and the first drum machines to allow users to program rhythms instead of using preset patterns, as this week entered the TECnology Hall of Fame. “The 808 was eventually used on more hit records than any other drum machine. Its particular popularity in hip hop has made it one of the most influential inventions in popular music, comparable to the Fender Stratocaster’s impact on rock.”

“The TECnology Hall of Fame, presented by the NAMM Museum of Making Music, honors audio products and innovations that have made a significant contribution to the advancement of audio technology and production. Hosted by audio historian George Petersen, the TECnology Hall of Fame Celebration was held during The NAMM Show on Saturday, January 18, 2020.

Each year, a panel of audio experts, including authors, educators, engineers and other professionals select the inductees. This year’s panel commented, “Roland’s TR-808 programmable drum machine became part of the foundation of music movements in hip-hop, rap and electronica. And although made in 1980 — almost 40 years ago — the once $1,200 TR-808 remains a highly-prized studio tool today, with working units valued in the $4,000 range.”

Widely considered one of the most popular drum machines of all time, the Roland TR-808 has contributed to the sounds of Marvin Gaye, Phil Collins, RUN DMC, Beastie Boys, LL Cool J, and Public Enemy. Routinely celebrated by lovers of culture, music and design, the term “808” has even started appearing in song lyrics and still gets name-checked to this day, as tracks (Timbaland’s 808), albums (Kanye’s 808s & Heartbreak) and even band names (808 State) were all coined under its influence.

TR-808 enthusiasts all over the world can also experience the modern versions of this revered classic—the TR-08 Rhythm Composer and the TR-808 Software Rhythm Composer which is available as a part of Roland Cloud. Born of the most famous and influential drum machine ever made, the both the physical TR-08 hardware and the Roland Cloud software version of the TR-808 provide the most faithful reproductions of the original combined with today’s modern production techniques and professional sound design.”