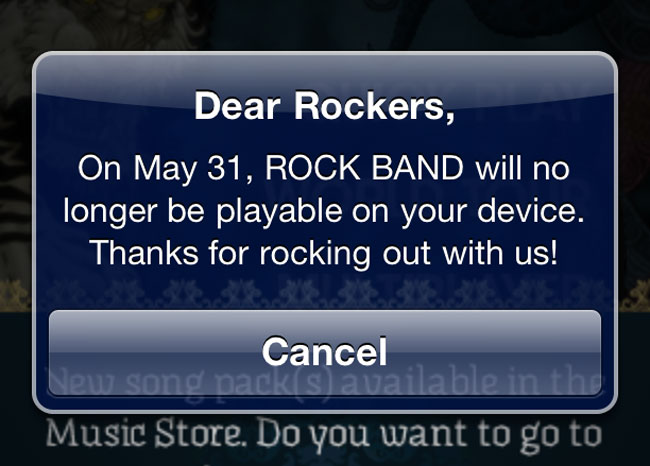 It seems EA Mobile is looking to push players of the original Rock Band Mobile to Reloaded. A pop-up message has begun appearing when Rock Band Mobile is launched that warns players that as of May 31 the game will no longer be playable. I’m sure I’m not the only one that’s bothered by this.

Telling me you are not support the game any longer is one thing, telling me you’re going to take away my ability to play game I paid for is something altogether different. There is no official indication of exactly why the game won’t be playable after May 31.