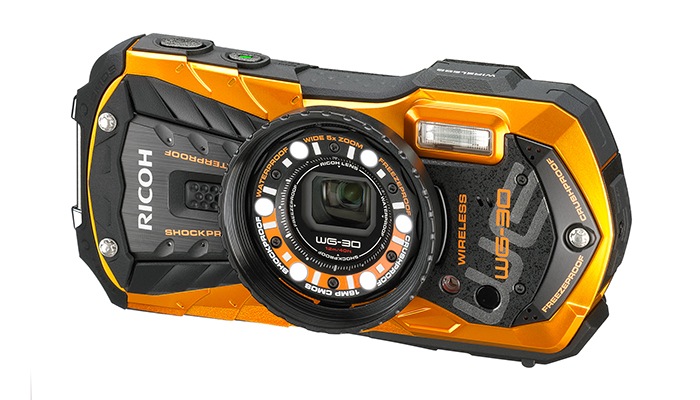 Following on from the launch of the Ricoh WG-M1 rugged action camera last month, Ricoh has today announced the addition of two new waterproof cameras to its range in the form of the Ricoh WG-30 and WG-30W.

Both waterproof cameras are capable of being submerged to a depth of 12 m or 39 feet without causing any damage to its internal workings.

The Ricoh WG-30 and WG-30W car fitted with a 16 megapixel sensor and are also rugged and to be shockproof against falls from up to 1.5 m for 4.9 feet, as well as freezing conditions down to a temperature of -10°C or 14°F.

Features of the new cameras include the ability to record full HD 1080p video as well as a back illuminated CMOS image sensor that offers users a light sensitivity up to ISO 6400. Whilst taking photographs the camera is also leading the photographer using its triple anti-shake protection technology together with six LEDs around its lens which help when taking macro photography. 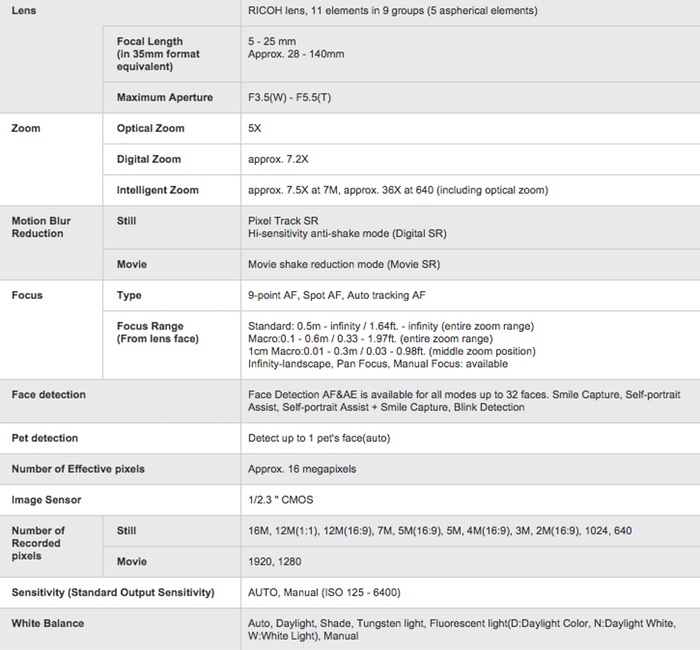