Ricoh has today announced a new firmware update for its GXR and GR Digital II cameras which will be released on the 28th March 2011. The new firmware will provide new AF and AE tracking systems, together  with new scene modes on the cameras.
Allowing any subject that walks across the frame of a shot to remain in focus even though its still moving and wil be added to both GXR and the GR Digital camera bodies. When using the GXR camera it will automatically remember the tracked area, then once played back on the LCD screen if the user enables the Zoom function, that specific area will be magnified. 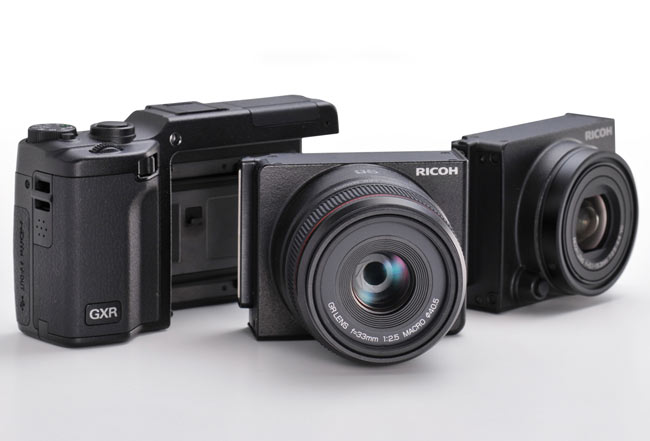 Additional to this the Ricoh GXR camera will also receive a series of 5 new scene modes, that will include ‘soft focus’, ‘cross process’, ‘toy camera’, miniaturize’ and ‘high contrast monochrome’. Allowing users to be able to adjust the exposure compensation or white balance using the zoom rocker switch on the body of the camera.