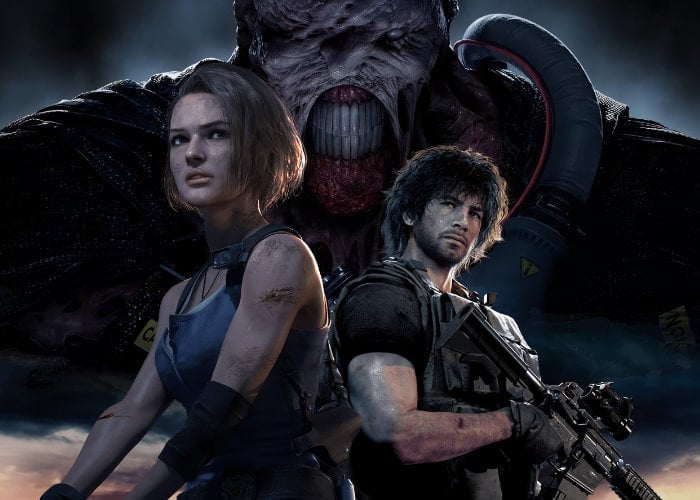 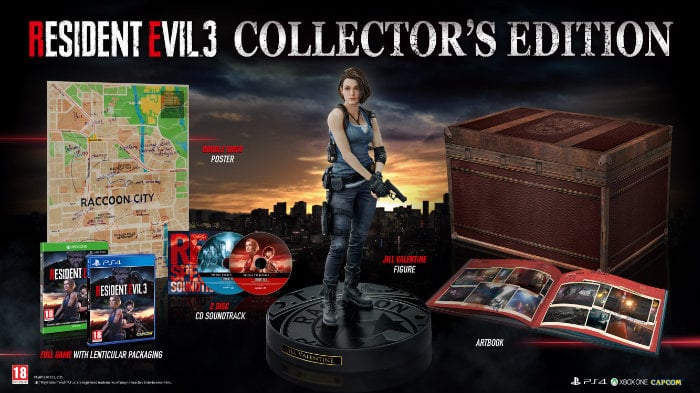 “The Resident Evil 3 Collector’s Edition is the ultimate way to complete the return to Raccoon City, with an assortment of paraphernalia packaged within an alternate S.T.A.R.S. version of the iconic item box.

Resident Evil 3 is set amidst the nightmarish outbreak of the T-virus, a biological weapon developed by the pharmaceutical company Umbrella Corporation. The game marks the debut of Nemesis – a towering humanoid bioweapon designed for both brutality and high-functioning intelligence – whose dogged hunt of S.T.A.R.S. member Jill Valentine made him an icon of the Resident Evil series.

– Resident Evil 3 Standard Game
– Jill Valentine Figure – An 11-inch, finely-crafted figure of Jill Valentine, based on her latest in-game design from Resident Evil 3.
– “Project: N” & “Project: R” Art Book – A classified file containing photographs, reports, and documents of Raccoon City procured by Umbrella Corporation during their various experiments.
– Raccoon City Double-Sided Poster – One side depicts a Raccoon City map utilized by survivors during the horrible zombie outbreak as a means of avoiding imminent threats. The other side showcases a healthier side of Raccoon City before its outbreak with a collage of ads and placements citizens may have seen on a stroll across the city.
– Digital Double Album Soundtrack – A voucher code containing a double album soundtrack filled with haunting tracks from both Resident Evil 3 and the multiplayer game Resident Evil Resistance.