A team of researchers at Japan’s Keio University are developing interactive plants, allowing the plants to display emotions and communicate with humans. Watch the video after the jump to see the unique concept in action. 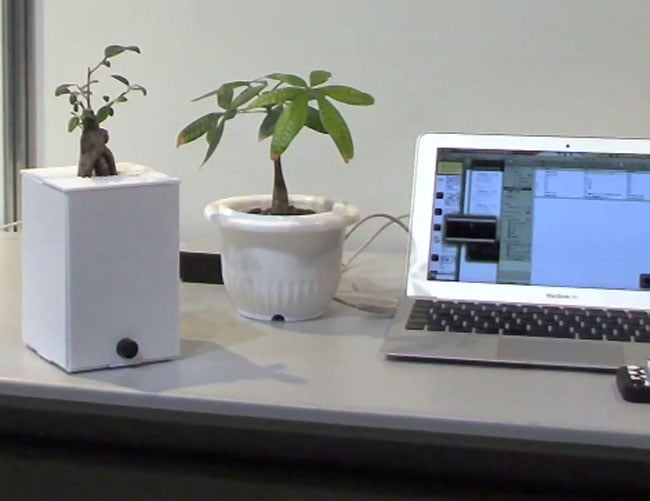 The team has managed to make living plants seem even more alive, but attaching actuators to the plants. Developing a wide range of movements to convey emotions. The development team explains:

“This plant is moved by pulling cords from two stepping motors. To time the movements, there are two sensors attached to the plants, a microphone and a motion sensor. The movements of the plants are based on what the sensors detect.

Previous research has indicated that if plants are stroked once a day, their growth is suppressed. But we’ve been doing this moving plant project for nearly a year, and none of the plants have wilted.”

The team are now working on actuators that can handle plants of many kinds, with varying size and strength.