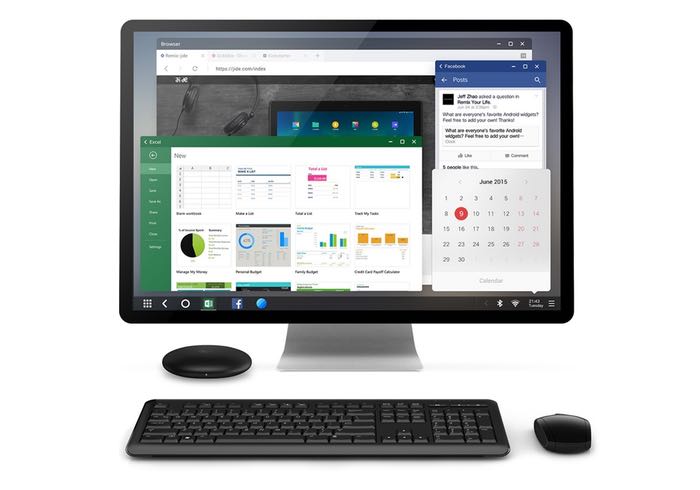 As expected and advertised earlier this month the new Remix OS mini PC has now launched on Kickstarter looking to raise $50,000 to take the mini android based PC to market.

In just the first few hours over $32,000 has been raised thanks to 486 backers, with pledges starting from as little as $20 for the 1GB of RAM and 8GB of storage.

For $40 you can get your hands on the 2GB RAM version fitted with a handy 16GB of internal storage.

Powered by our popular Remix OS, Remix Mini allows you to work and play with the entire Android app ecosystem while taking full advantage of intuitive PC features such as a taskbar, multiple window multi-tasking, mouse and keyboard support, and so much more.

Remix Mini is powered by the latest 64-bit chipset and delivers up to 20-30% better performance than its 32-bit counterparts. At the core of what makes this so special is actually what Remix Mini doesn’t need you to do. You will never have to worry about whether you’re installing the right bit version ever again. With Android, it all just works.

The typical desktop computer clocks in at anywhere between 65 to 250 watts. Remix Mini gives you the same power of desktop computing at a mere 10 watts. By simply leveraging already existing power efficiencies found in mobile CPU architectures, Remix Mini is able to save you so much more in power without sacrificing anything in performance.