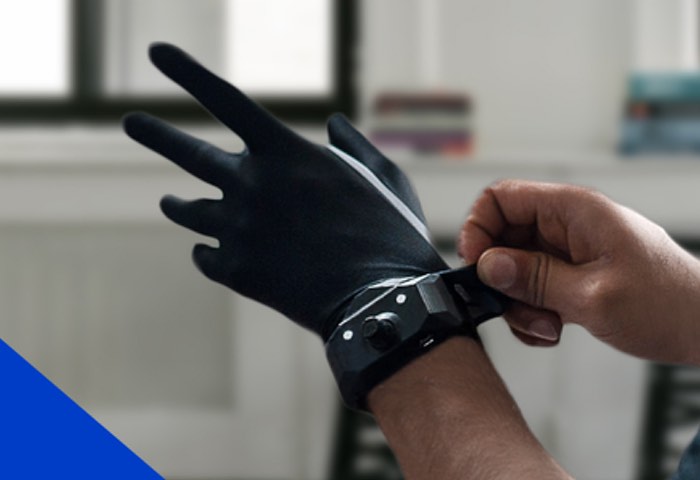 A new wearable digital instrument has been created called the Remidi T8, which is equipped with eight pressure sensitive sensors positioned in the fingers and palm of a wearable glove. The sensors can be programmed to make custom sounds or mix already existing ones.

The Remidi wearable instrument glove is connected to a wrist controller that monitors hand gestures for effects, and sounds to be triggered. Watch the video below to learn more about this unique instrument which is taken to Kickstarter to raise $50,000 over the next 30 days.

Each of the 8 sensors within the Remidi T8 can be individually programmed and the glove can be used to record, perform and remix music anywhere you may be.

Its creators explain more about its inspiration, design and functionality.

Designed for musicians, DJs and live performers, the T8 is a wearable MIDI controller that turns your hand into a whole new type of musical instrument. Remix your favorite tracks in real-time with endless custom combinations of notes, chords, and samples literally at your fingertips. It’s light, simple-to-operate and easily syncs with all of your favorite music software and apps.

The Remidi T8 is composed of a sensor-loaded glove and a MIDI wrist controller that allows you to use your hand as a musical device by combining sounds with your fingertips, palm and hand motions. The T8 has eight sensors embedded into the glove, three in the palm and one in each fingertip, which give you the ultimate range of motion and customized settings. You can individually program each sensor to create new sounds or remix existing ones.

For more information on the Remidi T8 wearable instrument jump over to the Kickstarter crowdfunding website via the link below to learn more and make pledge of $199 to own one of the very first off the production line.