Castro got the inspiration for his video from the thought of  grabbing someone else face from a camera, which puts a whole new perspective on identity theft, watch the amazing video after the jump. 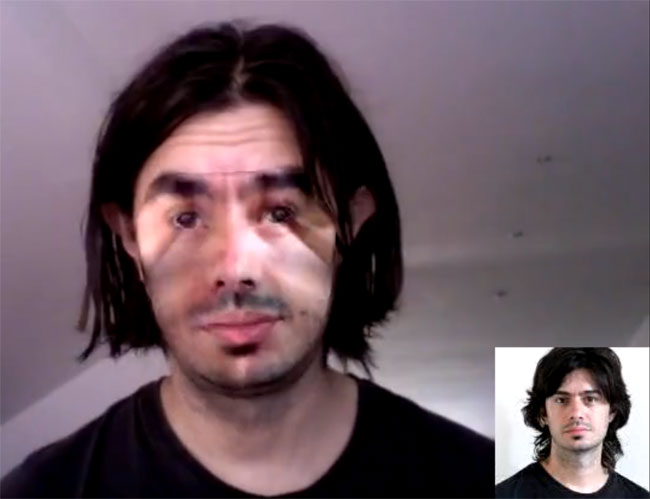 Castor has also tried using cartoon faces but says that these don’t quite work as well as the images of people he has used in the video.

“I imagine you could grab a face from another camera, and hence steal someone else’s face in real time,”