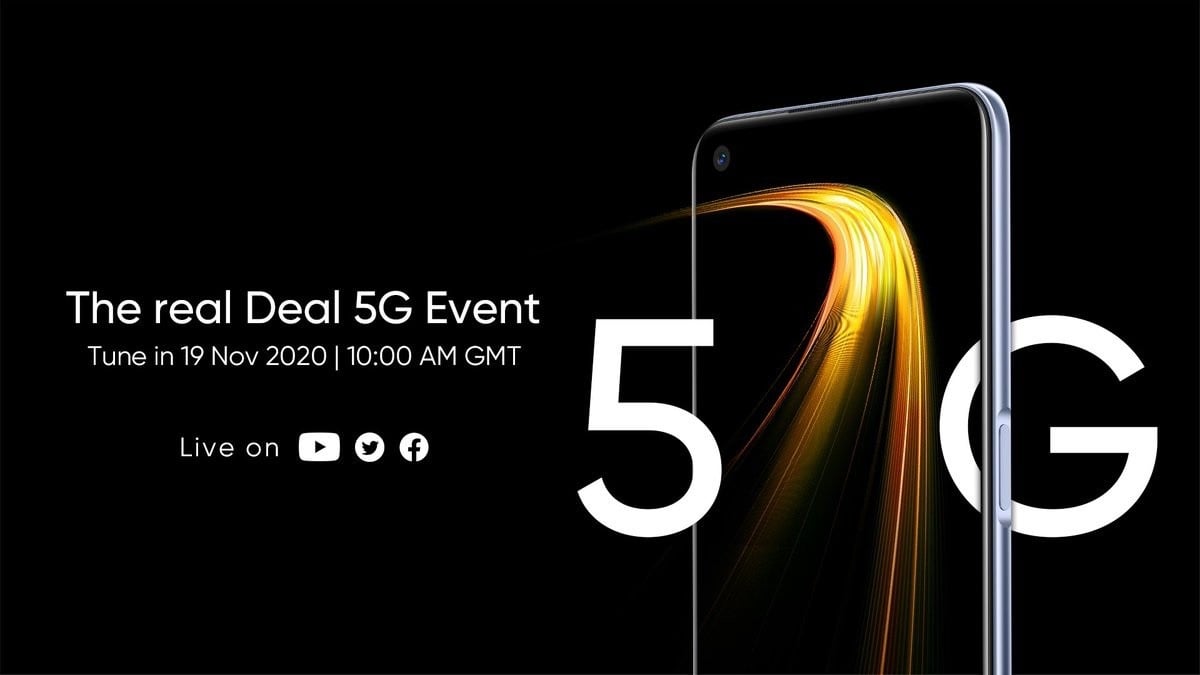 Realme are getting ready to launch a new smartphone this month, the company are holding a live event on the 19th of November and they will announce the Realme 7 5G.

The handset will be made official at a press event next Thursday at 10AM GMT and the event will be live streamed online.

The Realme 7 5G is rumored to feature a 6.5 inch 90HZ display with a Full HD+ resolution and it will apparently be powered by a Mediatek Dimensity 720 mobile processor.

There are no details on how much RAM it will have, iot is expected to feature a 5,000 mAh battery and 30W fast charging.

On the front of the device there will a 16 megapixel camera for Selfies and video calls and on the back there will be a 48 megapixel quad camera setup. We will have full details about the device wen  it launches next week.