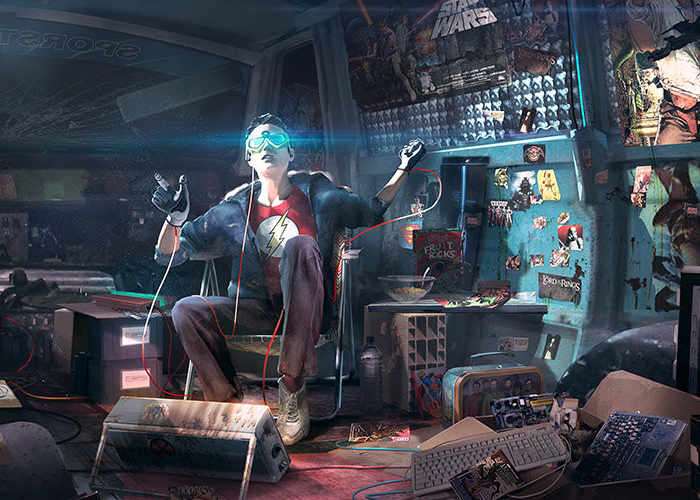 Ready Player One as a new science fiction film from Warner Brothers Pictures based on the 2011 science fiction novel from Ernest Cline, which is set in a dystopian 2044, and follows Wade Watts as he searches for an easter egg in a virtual reality game.

Check out the teaser trailer below to learn more about what you can expect from this new movie co-produced and directed by Steven Spielberg and starring Tye Sheridan, Olivia Cooke, Ben Mendelsohn, Mark Rylance, Simon Pegg, and T. J. Miller.

Ready Player One will be premiering on theatre screens worldwide from March 30th, 2018.

Ready Player One was scheduled to be released on December 15, 2017. The date was pushed back until March 30, 2018 to avoid competition with Star Wars: The Last Jedi. Warner Bros. A cinematic game changer Steven Spielberg comes Ernest Cline’s holy grail of pop culture. Ready Player One – In Theaters March 30, 2018.