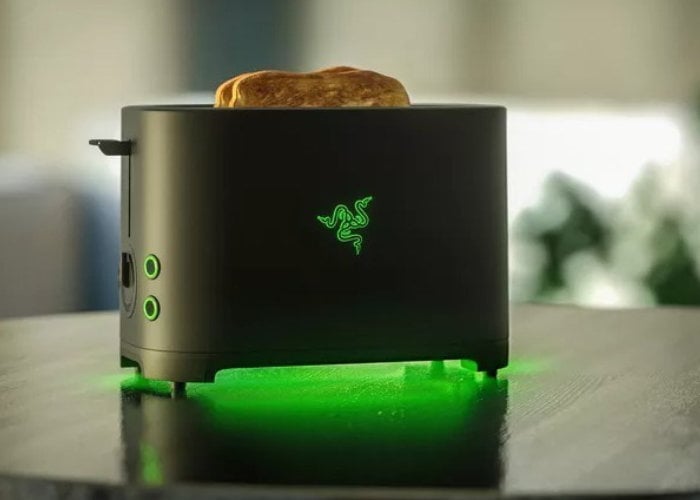 Gaming hardware manufacturer Razer is branching out from its traditional range of products to please fans, by manufacturing a Razer Toaster. A group of Razer customers has been asking Razer CEO Min-Lian Tang to design a toaster since 2013 and now their dreams have come true.

After five years of campaigning via the Facebook Give us the Razer Toaster asked Razer CEO Min-Liang Tang about the possibilities of manufacturing a toaster. It now seems that the company has listened. In a Facebook post on his page, Min-Liang explained :

“Alright – I didn’t think these guys were going to make it – but they did. It was to hit 1M likes and with each Razer Toaster tattoo being equivalent to 100K likes each….and they now have 12 tattoos. Well….what can I say. I’ve just officially liked their page – and I’m going to put together my team of designers and engineers. It will take a few years – but I’ll be sure to share the progress – and make it a community affair”.

Unfortunately, no information on pricing or worldwide availability has been released as yet for the toaster, but as soon as information comes to light, we will keep you updated as always.