One of the games I have been looking forward to for the iPhone and iPod Touch, is Ravensword: The Fallen King, which is now available in iTunes from today.

Ravensword is a 3D role playing game with a main quest line and also a range of side quests, and according to the developers the game will take around 6 to 8 hours to complete, without doing any of the side quests. 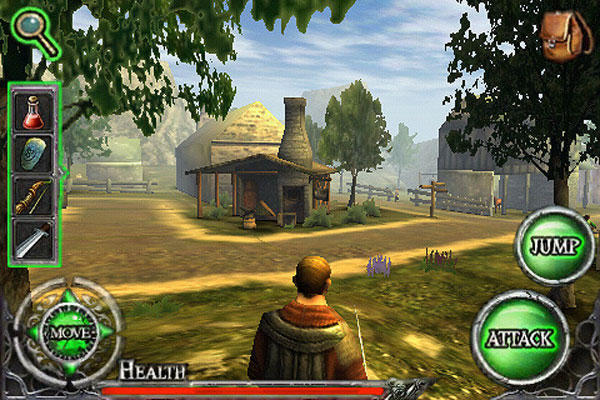 Enter the world of Ravensword: The Fallen King; a massive, sandbox-style adventure for the iPhone and iPod touch. Combining 3D action with RPG elements, Ravensword features rich and interactive environments that bring you a gaming experience unlike anything you’ve seen on the iPhone platform. Take on quests to earn money and experience. Wield powerful weapons and magical runes. Battle fearsome enemies such as Orcs, Trolls, Ogres and Demons. Test your skills with a variety of games and side quests.

Check out the video of it in action below.

Ravensword: The Fallen King is now available to download from iTunes.