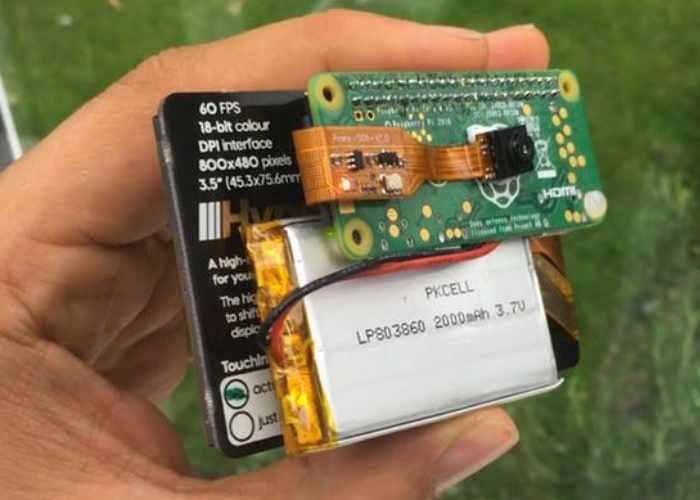 If you are looking for an affordable way to create your very own customisable video camera you may be interested in a new Raspberry Pi project which has been published to the Hackster website by member Wayne Keenan.

The super slim CamCorder has been constructed using a Raspberry Pi ZeroW, a Pimoroni HyperPixel touchscreen together with an official Raspberry Pi camera module, check out the quick video below to see the results.

The creator of the Raspberry Pi camcorder explained a little more about the project:

Having to use SSH to start the recording isn’t ideal. There’s probably a decent GUI app to control the camera for taking pictures and videos already out there somewhere, please let me know if you find one. Adding a NoIR camera and some IR LED’s for a night vision camera might be a bit of fun.

Jumo over to the Hackster.io website via the link below for more details and full instructions on how to create your very own.