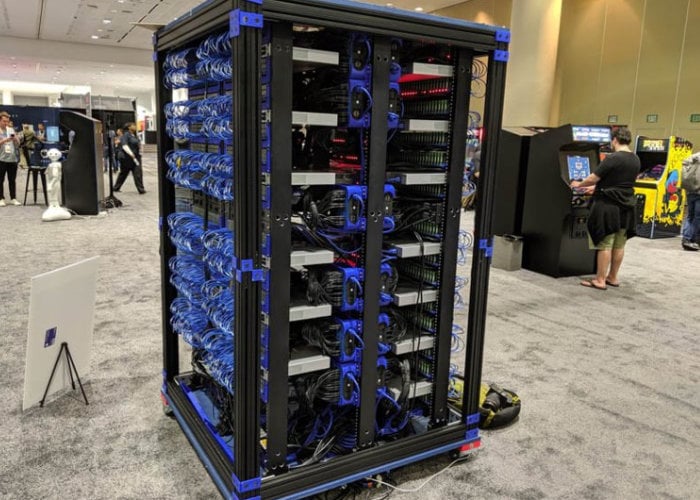 A fantastic Raspberry Pi supercomputer has been built by Oracle using 1,060 Raspberry Pi mini PCs. The supercomputer was unveiled at Oracle’s OpenWorld convention on Monday and combines all the Raspberry Pi computers into one powerful cluster. Twenty one Raspberry Pi 3 B+ computers are fitted to each rack which are then connected to a series of Ubiquiti UniFi Switch 48s switches and uplinked with SFP+ 10GbE transceivers. 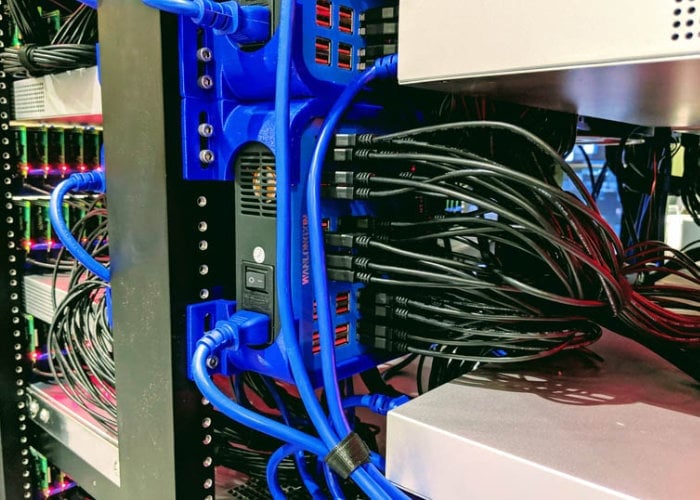 The Raspberry Pi mini PCs are powered using a series of USB power supplies and every unit connects to a single rebranded Supermicro 1U Xeon server, which functions as a central storage server for the whole supercomputer. If you are thinking of building your very own using the $35 Raspberry Pi mini PC the setup would cost you over $37,000 just for the Pis. But I am sure Oracle received a discount on such a large order 😉 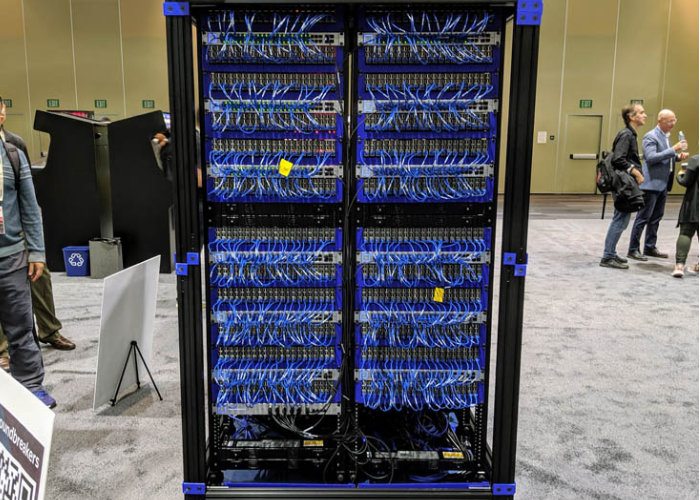 “Power is not provided via PoE. That helps greatly with cables, but we were told that in this installation the heat and power penalty along with the PoE hat cost was too much. Instead, the solution uses an array of USB power supplies.” explains Patrick Kennedy from the ServeTheHome website.