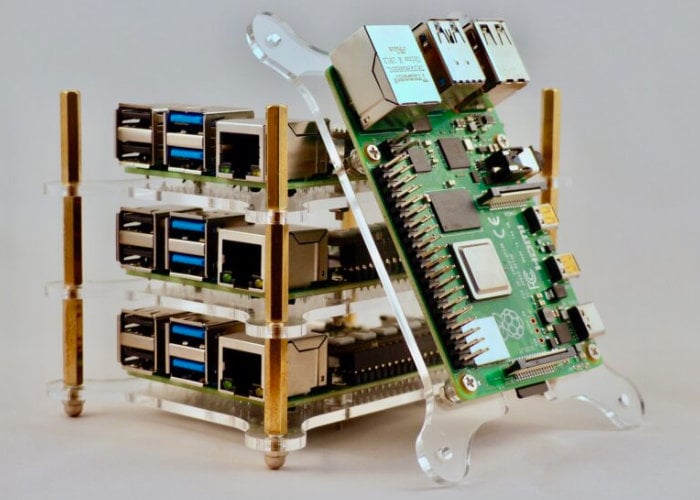 If you fancy building your very own mini supercomputer using the awesome array of Raspberry Pi mini PCs currently available from the Raspberry Pi 4 to the Raspberry Pi Compute Module 4, it might be worth you checking out the latest Hacksapce magazine issue 41. Supercomputing refers to the application of multiple computers working as one.“In theory, every time you double the amount of processing power available, you half the time needed to complete your task.”

“This concept of ‘clusters’ of computers has been implemented heavily in large data processing operations, including intensive graphics work such as Pixar’s famous ‘render farm’. Normally the domain of large organisations, supercomputing is now in the hands of the masses in the form of education projects and makes from the cluster-curious, but there have also been some impressive real-world applications. Here, we’ll look at some amazing projects and get you started on your own supercomputing adventure.”

The MagPi team has published a cluster project you can make at home with any number of Raspberry Pi devices, although they have opted to use four Raspberry Pi 4B computers. HackSpace magazine issue 41 is now available and for more information on building your very own Raspberry Pi supercomputer jump over to the Raspberry Pi blog by following the link below.