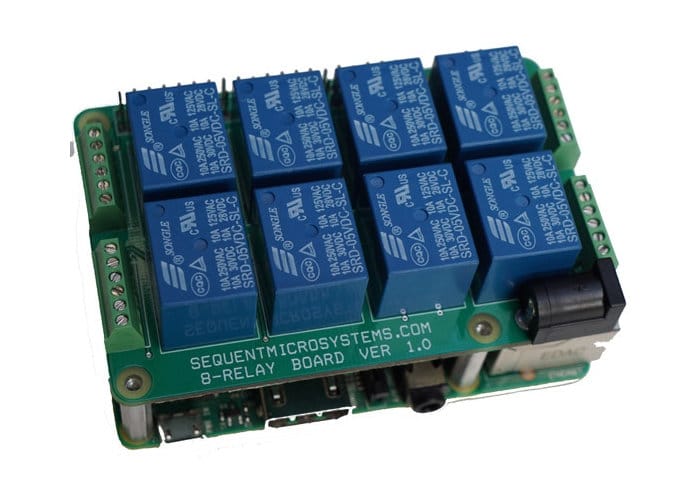 Raspberry Pi enthusiasts may be interested in a new stackable eight relay card which has been specifically designed for the Raspberry Pi range of mini PC systems and offers the ability to add up to 64 relays to a single Raspberry Pi for your Home Automation projects. Watch the demonstration video below to learn more about the new Raspberry Pi HAT which has this week been launched via Kickstarter and is now available to back with earlybird pledges available from just $17 or £13.

Developer Mihai Beffa explains more about the project and the inspiration behind it. “This project is a spin-off of our previously funded Mega-IO Expansion Card for Raspberry Pi. Many of our backers, and subsequently web site customers, did not need the full functionality or the Mega-IO card, but only the relays. There are may ways to add relays to Raspberry Pi. You can add a 16-relay board controllable through the GPIO interface, but this will use up most of the IO pins. If you need more relays, you need to use another Raspberry Pi. The end result is a multitude of wires that are hard to control.”

Jump over to Kickstarter for full list of all available pledges and detailed specifications, via the link below.