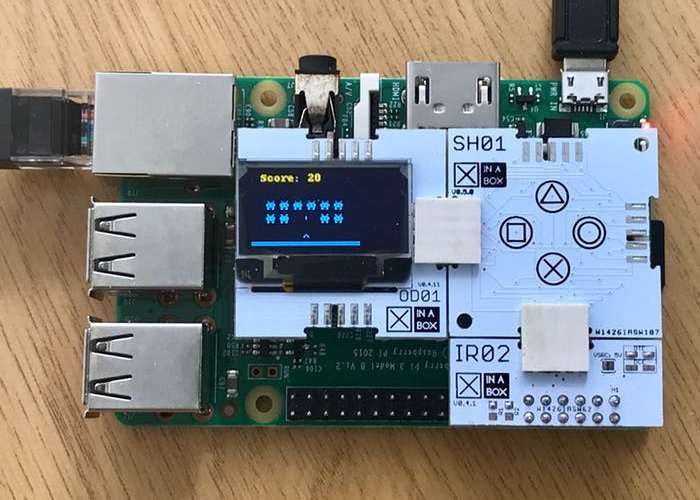 Electronic and Raspberry Pi enthusiasts may enjoy this new project which has been published by Bjarke Gotfredsen, providing details on how you can create your very own Space Invaders handheld games console using the awesome Raspberry Pi mini PC together with and OLED display and capacitive touch controller.

Check out the video below to learn more about the project which allows you to enjoy one of the first arcade games ever created, no soldering, wiring or any specific hardware knowledge are required to complete the project.

Space Invaders was originally launched back in 1978 and created by Taito, and was the very first arcade game I ever played. The game has been inspiration for many other video games released on a wide variety of different platforms and also led to a number of sequels. The 1980 Atari 2600 version of Space Invaders quadrupled the system’s sales and became the first “killer app” for video game consoles to be recorded. A real classic game that must be played.

For full instructions jump over to the Hackster.io website by following the link below. If you are interested in building something a little larger, you may be interested to know that the latest official Raspberry Pi magazine, MagPi features detailed instructions on how to build your very own Raspberry Pi powered arcade cabinet.