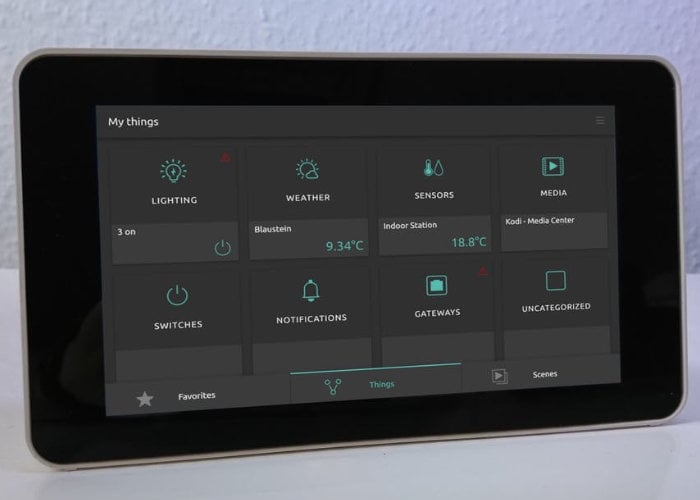 Using a Raspberry Pi 3 maker and developer Michael Zanetti has created an open source touchscreen smart home control panel using nymea:core and nymea:app to build a smart home system.  For those not familiar with nymea takes the form of an Internet of Things operating system for connected things.

Full instructions on how to create the DIY smart home control panel have been published and given an intermediate skill rating requiring approximately five hours to complete.

“For a while now I’m using nymea as my smart home solution with nymea:core on a Raspberry Pi and nymea:app on my phone. Initially I wanted to wall-mount a phone or tablet but results weren’t that great. Phones are built for a pocket and that causes a lot of small fiddly issues when used in a different context. One example is waking up the screen: Phones typically have a hardware button on the side to turn on the screen which gets a real challenge to do if the thing sticks on a wall.”

“Next thing is that mobile operating systems don’t like apps running all the time in kiosk mode, yes, Android has a feature to lock an app to foreground but there are still cases where it wouldn’t do the right thing. There’s more such issues I’ve encountered while trying. While it would probably be possible to get an Android device to cater for the use case it seemed a lot of fiddling against the OS. So eventually I decided to look for an alternative and ended up with a Raspberry Pi with a 7″ touch screen panel.”

For more details on creating your very own Raspberry Pi powered touchscreen smart home control panel jump over to the official Hackster project page by following the link below.