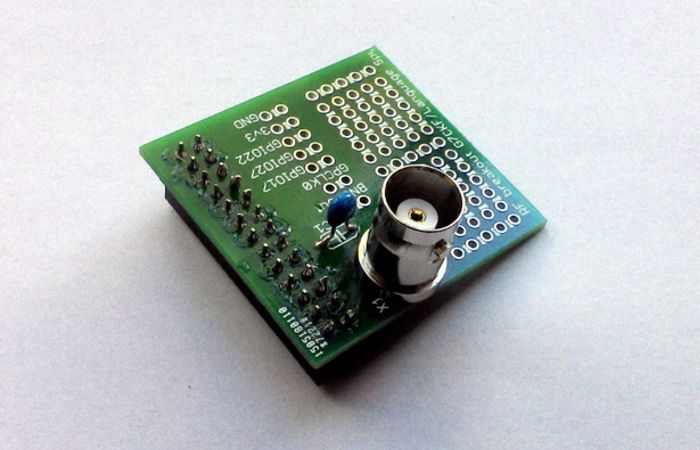 Jenny List has created a new Raspberry Pi RF Breakout Kit that has been created to provide an easier way to build and connect the awesome single board mini PC as a radio frequency source or radio transmitter using the programmable clock generator built into the Pi’s processor.

The new Raspberry Pi RF kit has been developed for amateur radio enthusiasts or electronic experimenters with an interest in radio, watch the video below to learn about its features and functionality.

The Raspberry Pi clock generator is a powerful frequency synthesiser which can generate frequencies up to 250MHz at the Pi’s 3.3v logic levels. This is enough to provide a useful RF signal source for experimentation, or given suitable filtering and antennas to allow the Pi to be used as a low-power radio transmitter by users with an appropriate licence.

The kit brings the clock generator as well as three GPIO lines and the 3.3v supply to solderable headers on a PCB. It also provides a BNC socket for RF output, and a DC blocking capacitor to protect the Pi processor from damage. A prototyping area is provided for the construction of RF filters or transmitter control logic.

The kit will be supplied as a self-assembly kit of four parts, the PCB, GPIO connector, BNC connector, and blocking capacitor. The kit instructions cover assembly and software, and provide pointers and background for filter design. Soldering skills are required for assembly.

For more information on the new Raspberry Pi RF kit jump over to the Kickstarter website for details via the link below.