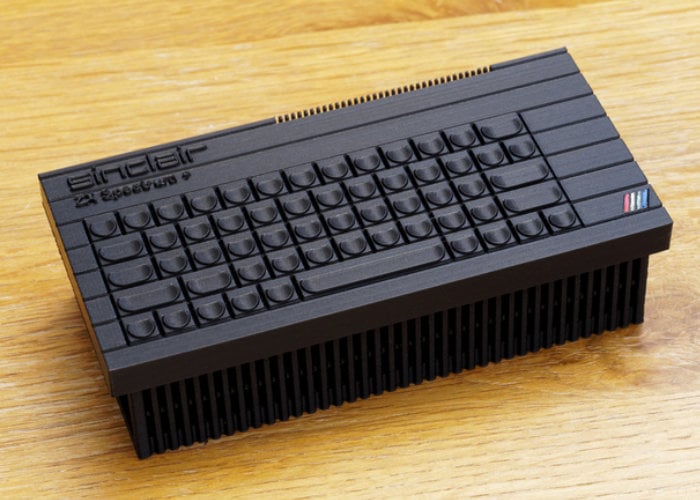 Raspberry Pi enthusiasts may be interested in the new ZX Spectrum+ case created by Thingiverse member zx82net which is now available to download and print to encase your Raspberry Pi at your leisure. Launched after the iconic ZX80 and ZX Spectrum home computers the ZX Spectrum+ made a move away from the rubber keys of the ZX Spectrum and provided 48 KB for programming way back in October 1984.

“Here is my Raspberry Pi 3 B+ case in the style of the Sinclair ZX Spectrum+. I decided to keep the aspect ratio of the Spectrum+, so the case is somewhat wider than the Pi. The Pi is held in to the base with 4 M2.5 Screws. The top clips on to the base with a security reminiscent of the legendary Spectrum+ build quality. The Pi should run cool because the base is slatted on 2 sides, and there is plenty of room to fit a heatsink on the processor.”

“I made 2 versions of the top; one which prints flat and one that prints at 45 degrees with the integrated supports. The supports are attached by a spar which is 0.4mm wide, so they can be snapped off and tidied up with a craft knife in less than a minute or so. I think the 45 degree print gives a much nicer finish, because of the way layer lines sit. The print requires bridging of about 20mm to form the clip sockets in the top. The photos show the case printed in Paramount Matte Black PLA with 0.1mm layer height.”