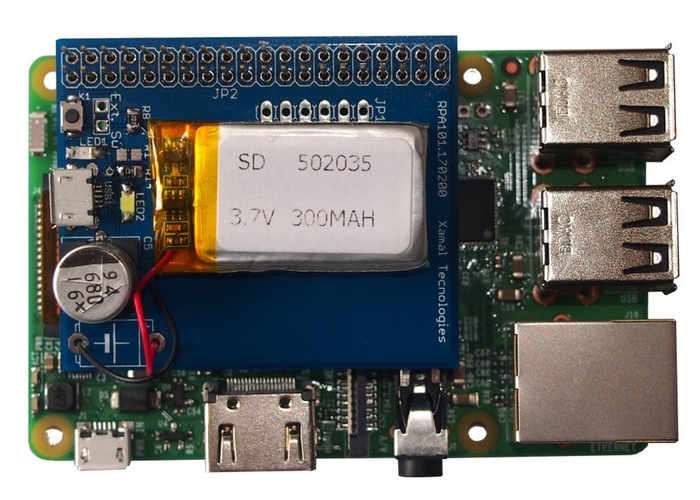 Raspberry Pi enthusiasts may be interested in a new spare or backup power supply which has been specifically created for the Raspberry Pi.

The Raspberry Pi spare power supply takes the form of a HAT which provides enough energy to finish tasks and execute a correct shutdown in case of power failure.

Watch the video below to learn more about the new piece of hardware which is launched via Kickstarter this week and is available to back with pledges starting from just €27 for earlybird backers and shipping expected to take place during July 2017. The developer of the MiniUPS4RPi explains more about its inspiration and design.

I always thought that Raspberry Pi had a big potential for industrial and commercial solutions, but every time I planned a solution that involved a RPi, I always clash with the same issue: SD data corruption. Power fail in a critical write can generate a unusable RPi (problems, problems, telephone calls, more problems, etc). Could we avoid it? Yes, if you spend some time googling you can find some solutions with external batteries. But, no. I don’t need a lot of hours of a secondary power supply bigger than Raspberry Pi. I just want a compact solution that allows me to shutdown my Raspberry Pi safely, and to turn it on when energy is recovered.

The solution is quite simple: a battery charger, a small and compact Po-Li battery and a few electronic components to obtain 5V again, as depicted in the following figure.  The small 8-Bit Microchip microcontroller reads the input voltage and comunicates with Raspberry Pi thru serial port.

The capacity of the battery lets the Raspberry Pi to be powered for 5 to 20 minutes, depending on the RPi consumption (CPU usage, peripherials, USB ports in use, etc). The hat has a switch that works like a reset/on/off button. If the Raspberry Pi is turned off, a short push turns it on. If the RPi is working, a short press sends the order to shutdown the Raspberry Pi. A long press turns it off by cutting the power abruptly.