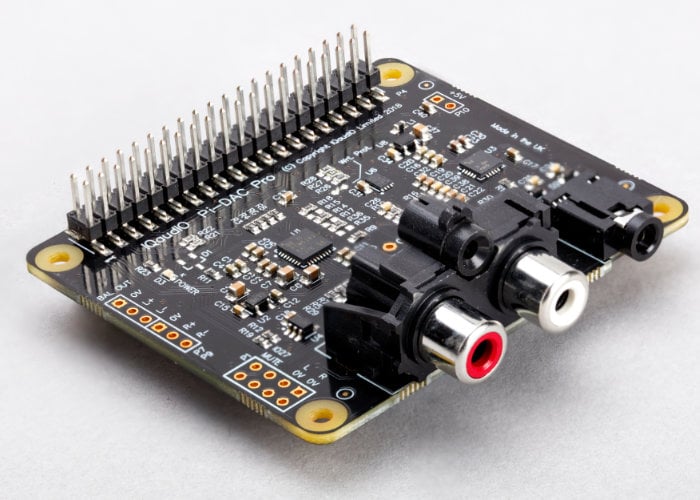 The official Raspberry Pi Foundation has unviled its first IQaudio products after acquiring the brand later last year. “This is the first time we’ve brought third-party products into our line-up like this,” says Roger Thornton, Principal Hardware Engineer at Raspberry Pi, on Raspberry Pi’s blog. “When the opportunity arose to acquire IQaudio’s brand and product line late last year, we jumped at it.”

The IQaudio DAC Pro is priced at $25 and takes the fornm of IQaudio’s highest-fidelity audio output HAT. It supports the same audio input formats and output connectors as DAC+, but uses a Texas Instruments PCM5242 DAC, providing an even higher signal-to-noise ratio. 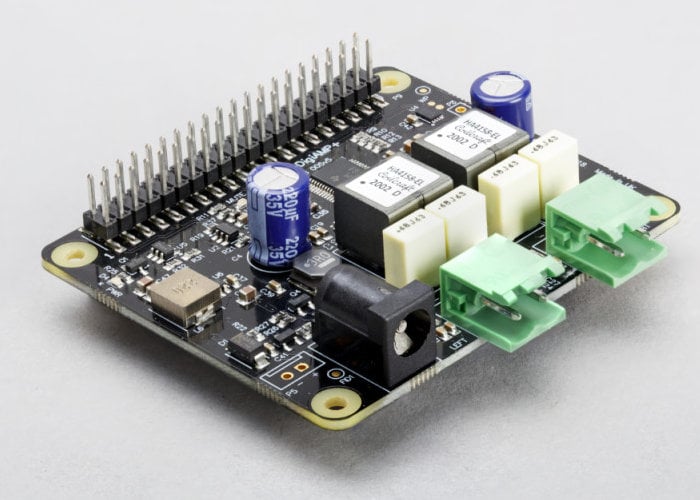 The IQaudio DigiAMP+ has been designed to oiffer something slightly different to the DAC+ and DAC Pro which are designed to be used with an external amplifier, DigiAMP+ integrates a Texas Instruments TAS5756M digital-input amplifier directly onto the HAT, allowing you to drive a pair of passive speakers at up to 35W per channel. Combined with a Raspberry Pi board, it’s a complete hi-fi the size of a deck of cards

The IQaudio Codec Zero is a $20 audio I/O HAT, designed to fit within the Raspberry Pi Zero footprint. It is built around a Dialog Semiconductor DA7212 codec and supports a range of input and output devices, from the built-in MEMS microphone to external mono electret microphones and 1.2W, 8 ohm mono speakers.

IQaudio was founded in 2015 by Gordon and Sharon Garrity together with Andrew Rankin. It was “one of the first companies to recognize the potential of Raspberry Pi as a platform for hi-fi audio,” adds Roger. The four most popular IQaudio products for Raspberry Pi taking the form of the DAC+, DAC Pro, DigiAMP+, and Codec Zero are all available to buy via Raspberry Pi Approved Resellers. For more information jump over to the official Raspberry Pi Magazine website by following the link below.