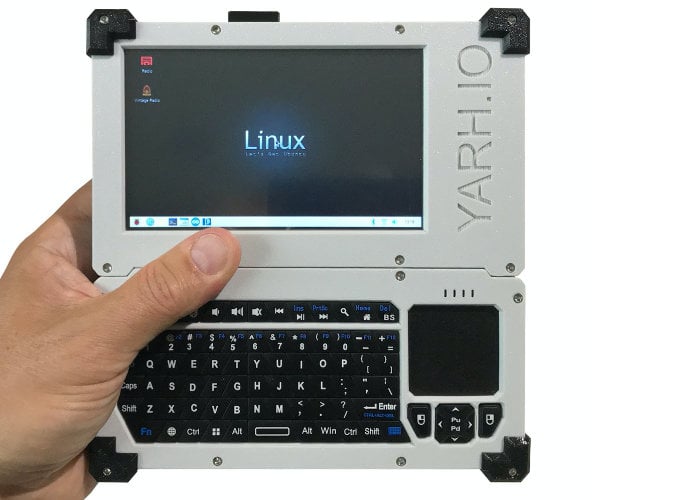 “The dream of a hackable Linux powered handheld has been around for many years, and many attempts have been made to create a working device. While some of the devices have reached the market, none of them withstood the test of real world user experience. YARH.IO project has taken on the challenge of building a fully functioning device by combining the best of Raspberry Pi design and 3D printing technology. This project takes hackability to the next level by ensuring that every single component needed to build YARH.IO can be easily sourced, with no custom PCBs and just a bit of wire soldering required. “ 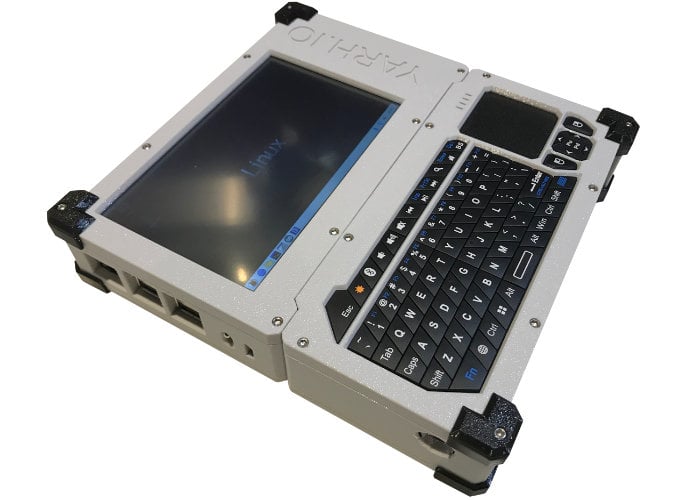 “For this model, the width of the main module is based on the keyboard dimensions for improved handling. The 5″ Resistive Touch Screen 800×480 HDMI TFT LCD Display is a good option for YARH.IO as it will allow you to perform all of the usual tasks with ease. Fosmon Portable Lightweight Mini Wireless Bluetooth Keyboard Controller has been selected as the best option for YARH.IO’s multifunctional design. If you are using Vim, tmux, and Emacs everyday, the available modifier keys will help you get the most out of the device.”

For more information on the ARH.IO MK1 Raspberry Pi-based handheld computer jump over to the official YARH.IO website by following the link below.