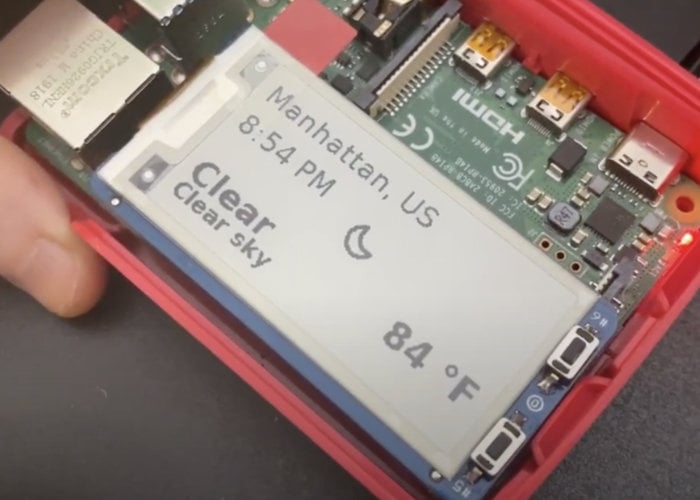 Adafruit has released a quick demonstration showing its new soon-to-be-released Raspberry Pi E-Ink Bonnet in action displaying data from the OpenWeather on the graphical display.The E-Ink add-on for a Raspberry Pi offers users 250 × 122 monochrome display with two buttons. In the demonstration below the Raspberry Pi is reading the time and weather from Open Weather and displays it once every few minutes.

As soon and fruit makes the new Raspberry Pi E-Ink display available to purchase we will keep you up to speed as always.

Adafruit has also provided a demonstration and guide for running PyPortal Code on Blinka with Displayio.

To make things even easier, we also wrote a version of the PyPortal library that runs on Blinka to make it even easier to get up and running. The Raspberry Pi is already connected to the internet, so we decided to take advantage of this and removed much of the code that handled managing the connections and replaced it with the Linux equivalents.