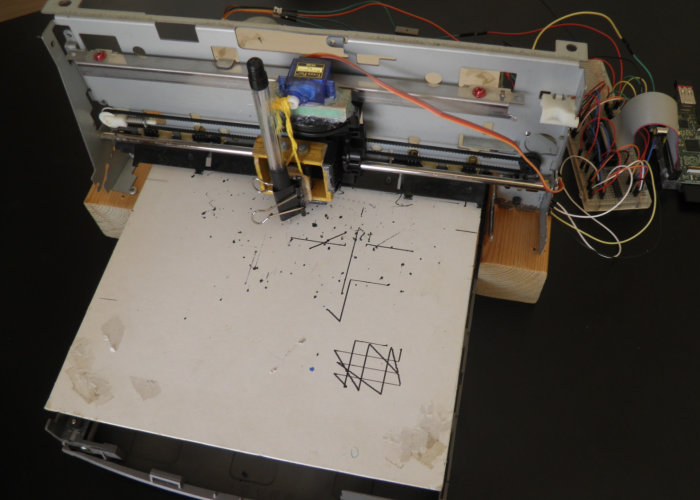 “I had seen people on the internet creating and using CNC plotters and always wondered how these machines work. I was mainly interested in way the CNC machine translates the G-code instructions into movement that drives the stepper motors. I wanted to find out the internal workings of this.

Then I tried to drive the stepper motor by writing a small program in Python and run it on Raspberry Pi. Once I managed to make this work, I got very excited and this gave me the push to continue with controlling two stepper motors at the same time. This was the most tricky part because I had to find a way to move the two stepper motors in parallel if I ever wanted the CNC plotter to draw a diagonal line. I had been trying several algorithms in Python for a long time, but eventually the simplest one worked how I wanted.”

The code for the Raspberry Pi CNC plotter is now available to download via GitHub using the link below.