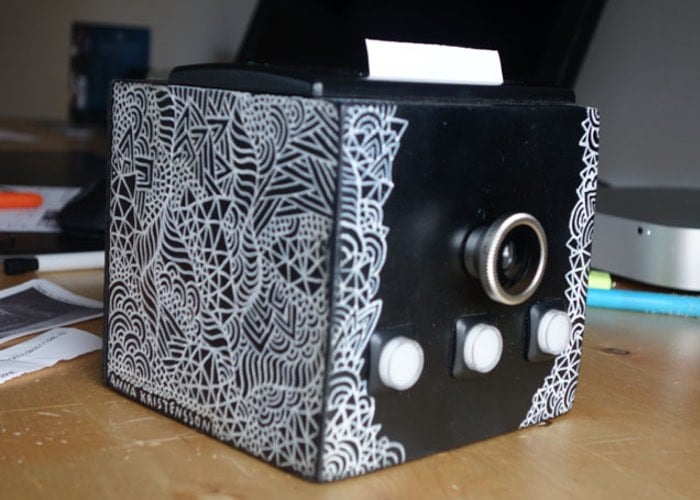 Using a Raspberry Pi mini PC and a receipt thermal printer Arvid Larsson has created an awesome portable camera that is capable of recording and saving videos as well as acting like an instant camera.

Printing off copies of the picture he has just taken as a hard copy. The Raspberry Pi camera is encased in a 3D printed outer and fitted with a rechargeable battery to make it completely portable. Check out the video to learn more.

A digtal instant camera I made this summer. I used a Raspberry Pi A+, the Pi Camera, a 12000 mah usb battery pack and a thermal printer. The camera can also record and save videos. The case is 3D-printed by some great friends of mine and the paint job is made by my friend and artist Anna Kristensson.

The printer is a Mini IoT that you can get for about $45 from places like eBay, and the photo is sent to it from Raspberry Pi via a serial RS-232 cable. Code for controlling the printer in Raspberry Pi can be found on GitHub.

For more information on the new Raspberry Pi instant camera jump over to the Petapixel website for details and more images.