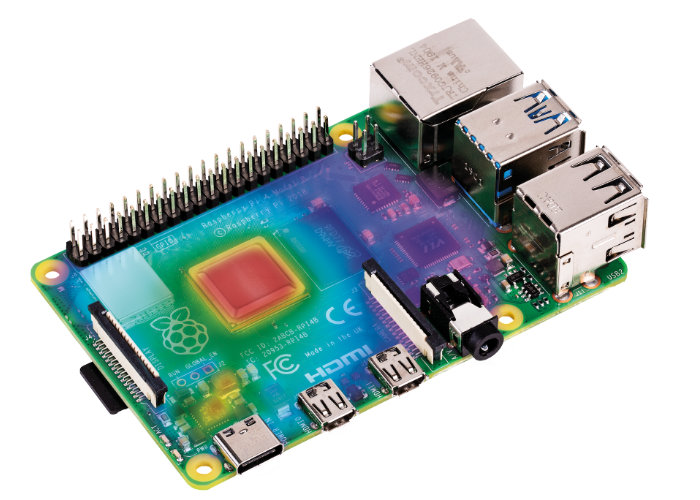 If you’re wondering how last four months of firmware updates have effected the running Raspberry Pi 4 temperature and heat dispensation of the mini PC. You’ll be pleased to know that the official Raspberry Pi Foundation has published details on how the overheating issues from launch have been retested at each firmware release.

“Thermal imaging shows that Raspberry Pi 4, using the launch-day firmware, runs hot even at idle, with hot spots at the USB controller to the middle-right and power-management circuitry to the bottom-left. Under a heavy synthetic load, the SoC hits 72.1°C by the 60-second mark. Raspberry Pi 4 manages to go longer than Raspberry Pi 3 B+ before the synthetic workload causes it to throttle; but throttle it does after just 65 seconds. As the workload runs, the CPU drops from 1.5GHz to a stable 1GHz, then dips as low as 750MHz towards the end.

September 2019’s firmware update includes several changes, while bringing with it the VLI power management and SDRAM firmware updates. The biggest change is how the BCM2711B0 SoC on Raspberry Pi 4 increases and decreases its clock-speed in response to demand and temperature. The September firmware update has incremental improvements: idle power draw is down to 2.36W and load under the worst-case synthetic workload to a peak of 6.67W, all without any reduction in raw performance or loss of functionality.” 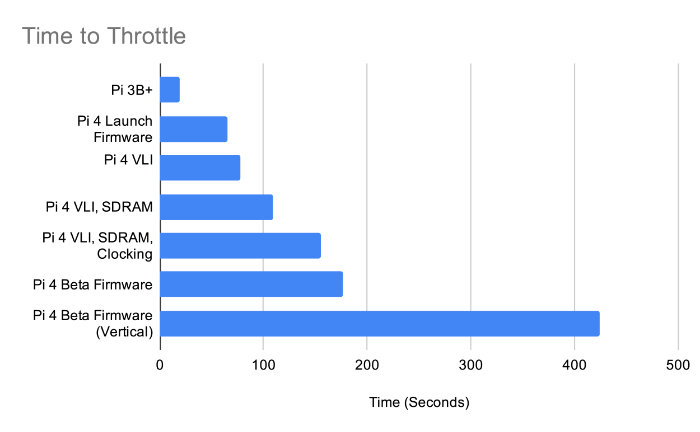 “Raspberry Pi 4 launched with a wealth of new features to tempt users into upgrading: a more powerful CPU and GPU, more memory, Gigabit Ethernet, and USB 3.0 support. More processing power means more electrical power, and Raspberry Pi 4 is the most power-hungry member of the family. The launch of a new Raspberry Pi model is only the beginning of the story. Development is continuous, with new software and firmware improving each board long after it has rolled off the factory floor. Nobody at Raspberry Pi is resting on their laurels. Beta firmware is in testing and due for public release soon. It brings with it many improvements, including finer-grained control over SoC operating voltages and optimised clocking for the HDMI video state machines.” 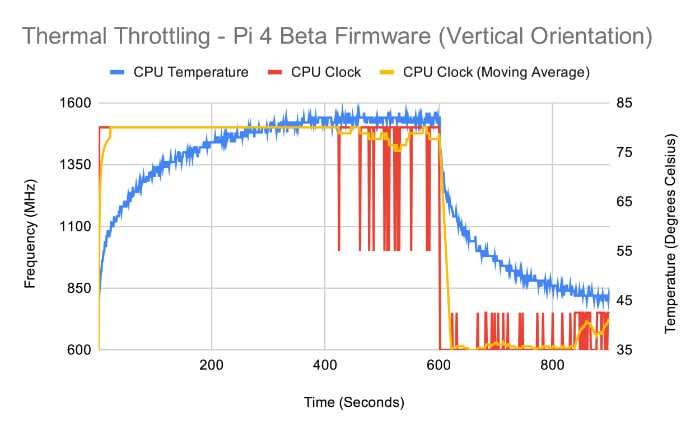 To upgrade your Raspberry Pi 4 to the latest firmware, open a Terminal window and enter:

Then restart your Raspberry Pi 4 using: