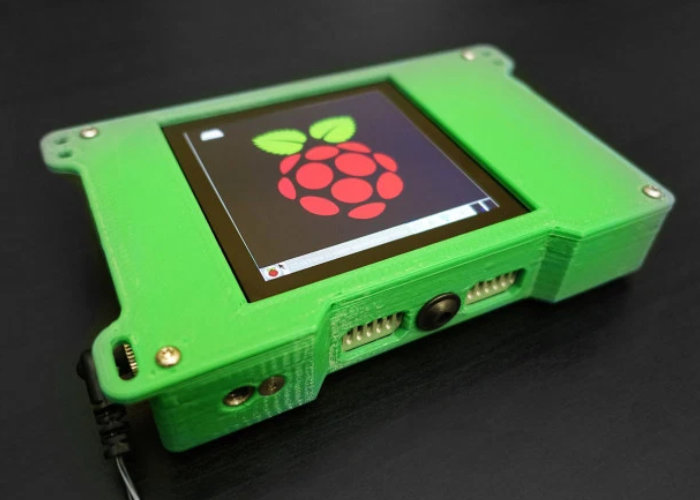 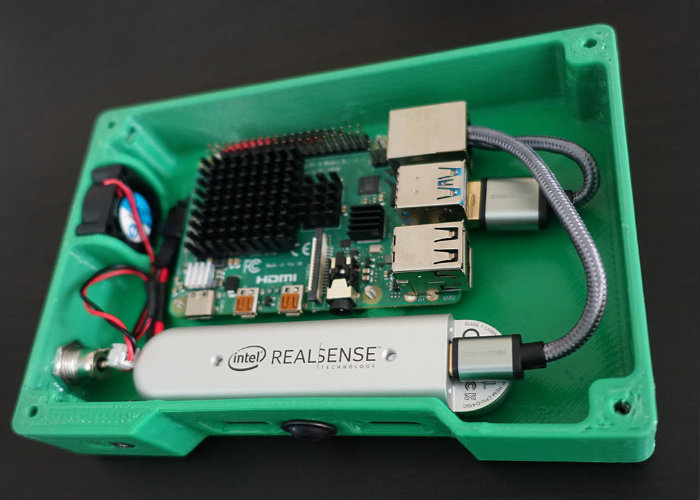 The Raspberry Pi 4 is running Raspbian Buster and has a program called RTAB-Map (Real-Time Appearance-Based Mapping) installed. This amazing piece of open source software is intended for robotics applications. It can perform S.L.A.M. (simultaneous localization and mapping), so a robot is able to map its environment in 3D, and also locate itself within that environment in 3D.

“RTAB-Map is a S.L.A.M. software sandbox, not exactly 3D scanning software. What it does is actually combine many open source libraries, and let you choose which one is being used for each step in the processing. For example, for the feature extraction, it offers 11 different techniques! 4 different methods for feature quantization, 4 different solvers for its graph optimization, about 10 different odometry implementations… This application is definitely a great tool in the hands of a researcher, as well as robot builder. It also means that the results from this scanner can be improved upon if I knew how to play with all the different settings more.”

“When you connect it to a RGB-D (the D is for depth) camera like the D415, it will use the depth data to find the walls and obstacles for the robot. For the location, it uses the same techniques as we’ve covered before, extracting features in the RGB image, and then computing the relative movement of the robot based on how the extracted features are moving in subsequent image frames.”

to learn more about the Raspberry Pi 3D scanner and how to build your very own using the inexpensive mini PC jump over to the Frank Zhao website by following the link below.