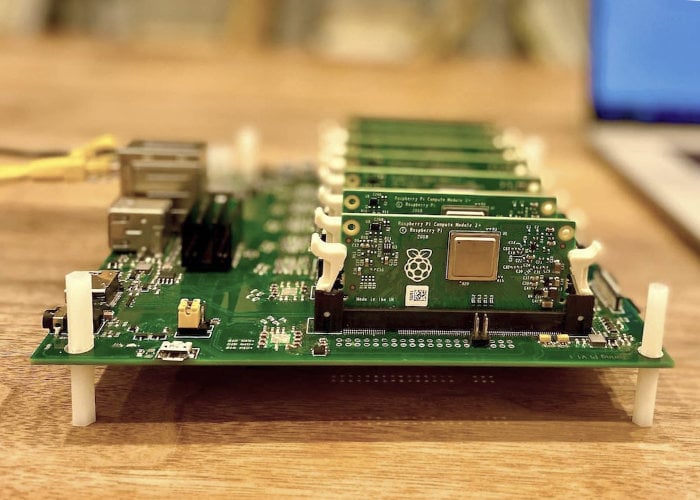 Raspberry Pi enthusiasts may be interested in a new mini ITX size motherboard that is capable of supporting seven raspberry pi mini PC modules. The Turing Pi supports the Kubernetes software ecosystem, as well as machine learning and serverless stacks.

The Turing Pi cluster board is equipped with a 1 Gbps onboard switch, GbE port, HDMI port, 8 x USB ports, audio jack, and works either from ATX or 12V power supply, and each of the seven cluster nodes has its own 40-pin GPIO and microSD slot. The Turing Pi board is now available to preorder priced at $189. 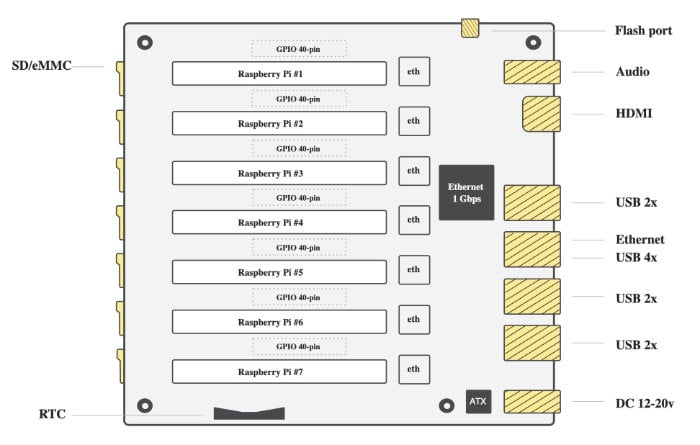 “Turing Pi is a mini ITX size motherboard that runs seven Raspberry Pi together. In other words, it’s a server rack, but in size smaller than a sheet of A4 paper. So, just like servers in data centers, Turing Pi designed to support Kubernetes, Docker, and any cloud-native stack. The cluster architecture gives affordable, local cloud infrastructure to developers and opens a new perspective for edge computing. “

“Turing Pi interconnects all compute nodes with 1Gbps ethernet and can share RAM and storage memory between the nodes. In other words, Turing Pi is a seven computer server rack, but in size smaller than A4 paper. So, just like cloud servers, Turing Pi designed to support container platforms like Kubernetes and Docker, as well as distributed machine learning frameworks.” 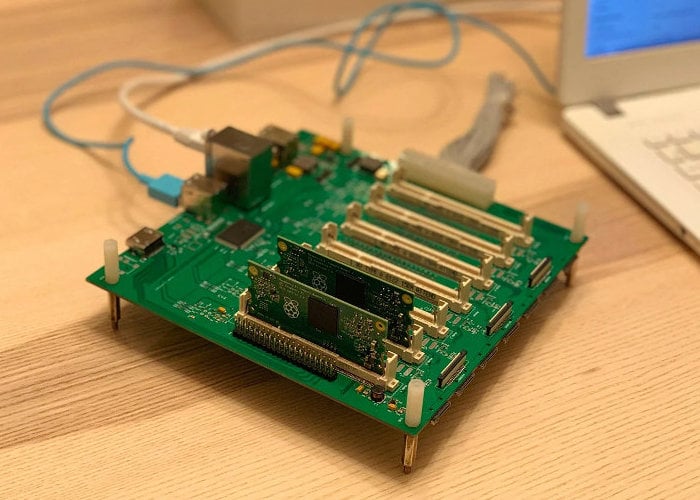 Applications for the Turing Pi mini ITX size motherboard include :