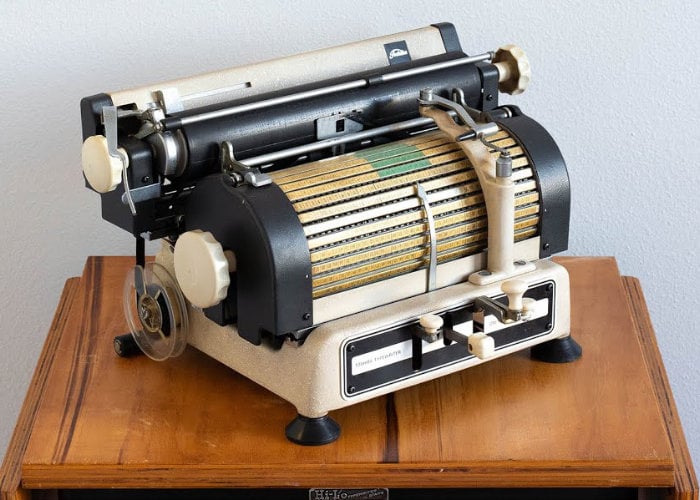 A strange looking but very rare Japanese typewriter has been demonstrated over on the Typewriter Collector YouTube channel Providing a glimpse at one of Toshiba’s typewriters first released back in the 1940s, and is capable of typing in English, Japanese and Chinese. Check out the demonstration video below to learn more about this strange looking typewriter.

“In 1940, Toshiba produced a new kind of index typewriter, featuring a large horizontal cylinder featuring 1172 Japanese and Chinese characters. This system remained in production until 1954”