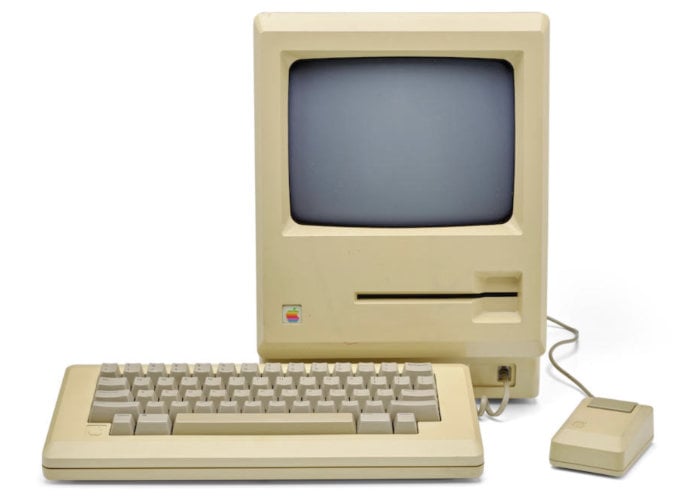 If you would like to grab one of only two Apple Macintosh prototype machines equipped with a 5-1/4 inch “Twiggy” disk drive, you’ll be pleased to know that one is now preparing to be auctioned at Bonhams. The guide prices anywhere between $120,000 and $180,000 although it is thought that the machine could go for a lot more than that.

THE EARLIEST MACINTOSH—THE MACHINE THAT “HAS CHANGED OUR LIVES FOREVER” (Wozniak). Extremely rare working example of the earliest Macintosh prototype, with a functioning 5 ¼ inch Apple proprietary twiggy drive, one of only two known machines that survived after the move to the Sony 3 ½ inch drive.

The Macintosh began as a personal project of Jef Raskin, who envisioned a Swiss army knife of a computer: a low-cost, easy-to-use, high volume appliance named for his favorite apple. Already by 1981, utilizing the 16/32-bit Motorola 68000 microprocessor used in the Lisa, they had the design for a machine 60% faster and much less expensive than the Lisa. It was this design that caught the attention of Steve Jobs who, after being removed from the Lisa project, was looking for something new to capture his attention.

Once Jobs took interest in the project, it wasn’t long before Raskin was forced out. Jobs “immediately saw that Burrell’s machine could become the future of Apple” (Hertzfeld p 121). Jobs took over the project in January of 1981 and more than changed the direction, he wanted to build a “friendly” computer —the personal computer as a tool for personal empowerment. He engendered a non-conformist attitude in his team and a shared vision of a product that was “insanely great.” It was an approach that utilized years later when Jobs returned to save Apple with the iMac, iPod, iPhone and iPad. “The best products, he [Jobs] believed, were ‘whole widgets’ that were designed end-to-end, with the software closely tailored to the hardware and vice versa. This is what would distinguish the Macintosh, which had an operating system that worked only on its own hardware, from the environment of Microsoft was creating in which its operating system could be used on hardware made by many different companies” (Isaacson p 137).

For more information on the story jump over to the Bonhams website where you can also place a bid to be the proud owner of the rare Apple Macintosh prototype personal computer.