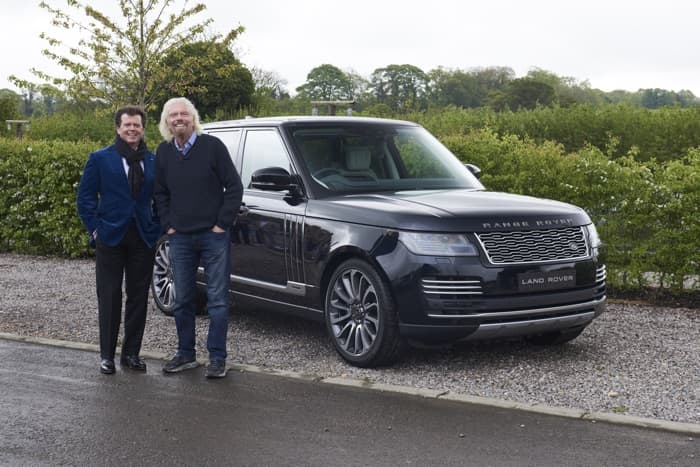 Inside, the Astronaut Edition features a crafted piece of the spaceship’s front landing skid that flew on Virgin Spaceship Unity’s first space flight in December 2018. Part of that skid, which provides the spaceship with a highly effective, lightweight braking mechanism, has been re-purposed to form two discs within the cup holders. One of these references a quote which Richard Branson often makes to his fellow Future Astronauts – ‘See you up there’ -and the other features the details of the space flight. Once a Future Astronaut has flown to space, and becomes an astronaut, this will be swapped out with part of the wooden skid from that customer’s own spaceflight, personally inscribed with the specific details of a life changing experience.

You can find out more details about his new Range Rover Astronaut Edition over at Land Rover at the link below.