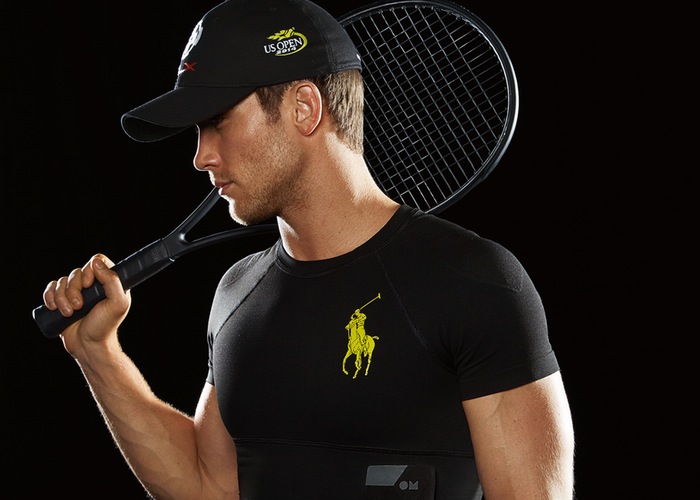 Clothes maker Ralph Lauren has partnered with OMsignal to create a new smart shirt in the form of the Ralph Lauren Polo Tech that is capable of measuring biological and physiological information thanks to sensors that are “knitted into the core of the product”.

OMsignal specialises in the creation neuroscience, sports medicine and engineering technology and have designed the Ralph Lauren Polo Tech using proprietary technology to weave cables and sensors into the clothing. Watch the video after the jump to learn more. 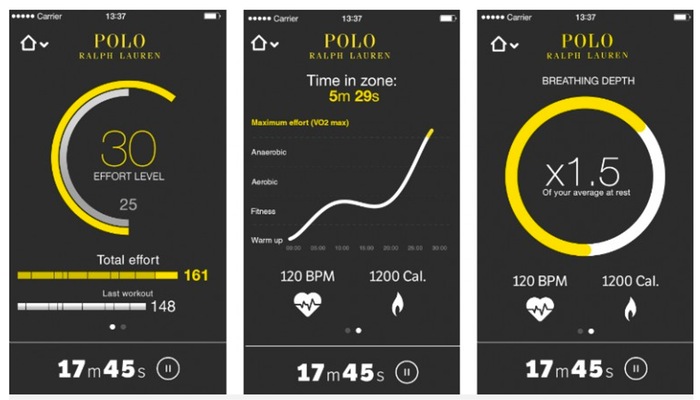 The data collected by the sensors is stored in a “black box,” that is equipped with an accelerometer and gyroscope, and captures movement and direction of the wearer and transmits it to the cloud for further analysis OMsignal explains:

“Where it is plugged into a number of algorithms that gauge important performance-oriented biometrics, including heartbeat and respiration, as well as some psychometrics, such as stress level and energy output.“

“As the official outfitter of the two-week U.S. Tennis Association tournament, Ralph Lauren is dressing several ball boys in the Polo Tech Shirt during select matches at the Billie Jean National Tennis Center. Marcos Giron, the No. 1 singles player in the Intercollegiate Tennis Association, is playing in his first Grand Slam in Flushing, and he will wear the Polo Tech shirt during his practices. He will track his biometrics and making adjustments in real time to his play, form and breathing.”

For more information on the new Ralph Lauren Polo Tech shirt jump over to the RL press release website for details.