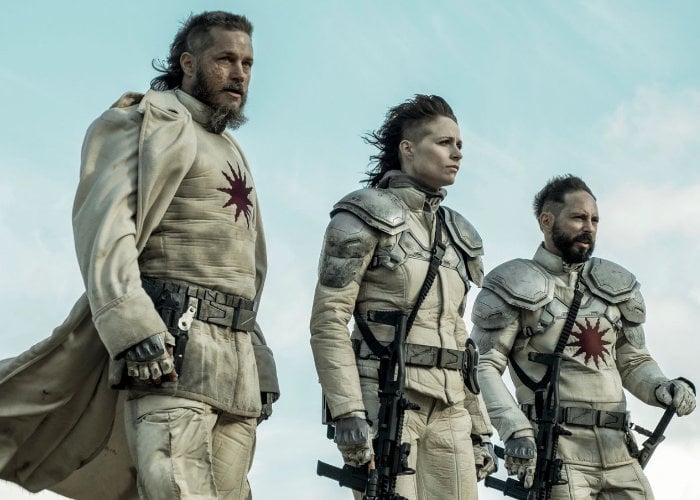 Ridley Scott’s new and highly anticipated HBO Max TV series Raised by Wolves will extend to a second season HBO has confirmed this week. The Deadline website is reporting that the audience for Raised by Wolves has increased by 50 percent in its second week and has become the service’s top-performing original. Raised by Wolves is an American science fiction drama television series created by Aaron Guzikowski that premiered on HBO Max on September 3, 2020 and the first two episodes were directed by Ridley Scott, who also serves as an executive producer for the show.

“Raised by Wolves centers around “two androids — Father and Mother — tasked with raising human children on Kepler-22b after the Earth was destroyed by a great war. As the burgeoning colony of humans threatens to be torn apart by religious differences, the androids learn that controlling the beliefs of humans is a treacherous and difficult task.”

The first season of Raised by Wolves consists of 10 episodes and stars Amanda Collin as Mother, Abubakar Salim as Father, Winta McGrath as Campion and Travis Fimmel as Marcus.